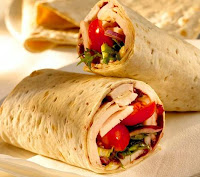 Football, depending on which way you look at it, is either a funny or cruel game.

Gold Coast United took the full brunt of the cruel side on Sunday when, after a much publicised free ticketed affair, the heavens opened up and forced the match against the Central Coast Mariners to be abandoned after only 19 minutes. Horrible luck for the 10,000 plus fans that turned up, but the challenge is now for the tight-asses that made the effort to go to the football because it was free to turn up again when its not.
Cruel also for two of the league’s best players. Paul Ifill went down very early in Wellingtons 4-0 thrashing of Newcastle at the Cake Tin. Ifill will now miss up to six weeks and fantasy football players are left with the dilemma of keeping him or trading him up.
Archie Thompson, 7 games into a comeback went down with a hamstring injury sustained from jumping Tando Velaphi after tucking the ball past him for Victory’s opening goal in their 2-0 win over Perth on Saturday night. Matthew Kemp was also struck down whilst Carlos Hernandez twisted an ankle. Hernandez remains a probable inclusion for Melbourne’s next clash.
Depending on who you follow, Friday night’s game was either funny or cruel. Funny in that Melbourne Heart never looked in the game until Adelaide native John Aloisi scored in the last minute. In his last game at Hindmarsh Stadium he condemned the Reds to their first loss at home this season. Cruel if you’re an Adelaide fan as Heart scored twice in the last 2 minutes to steal a win that never looked likely. Cruel also if you were on Betfair looking at the odds for a Heart win in the 85th minute, read 61:1 and didn’t take a piece of it. Funny if you did.
Saturday night’s other fixture saw a ‘back to normality’ game and result. Brisbane Roar comfortably put away their Queensland rival North Queensland Fury 2-0 with Kosta Barbarouses picking up a brace. Speaking of funny, Franz Straka was back on duty for the Fury. The man is a barrel of laughs as he waives his gangly arms up and down getting the crowd behind his boys.
Hero of the Week
Clive Palmer.
Okay, I expect some heat from this one, but whether you like him or not he opened the gates to a game of A-League football for nothing. Clive takes a massive loss on his books owning the GCU and still everything he does is frowned upon by the fans. Clive did the best thing he could to get the fans on side and hopefully this is the start of something special. It wasn’t his fault it rained (or was it?).
Villain of the Week
The A-League fixture. A Saturday night game in Melbourne when every man and his dog have Christmas parties on is just stupid planning. TV ratings wise it was the poorest of the season. What happened to the 2pm Sunday games? Even a midweek fixture would have been better than this week’s poor Saturday evening fixture.