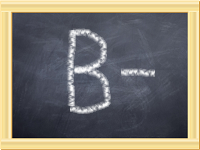 Semester Summary
Gold Coast United are one of the four teams that have managed to separate themselves from the pack. They are eight points clear of fifth place Wellington Phoenix with two games in hand. United have been consistently fighting for a top place finish, and if certain results go their way they could easily see themselves with some silverware come season end.

Areas of Excellence
Bleiberg’s men have only lost two games at home this season, from nine, which is fantastic considering what little advantage it is to play there.

Areas in need of improvement
The elephant in the room is the lack of crowds. However, on the park, Gold Coast need to start scoring more often. Lacking attacking structure, in some part due to Jason Culina’s tendency to try and do everything himself, throwing himself around the park leaving no tactical organisation, and also in part to not being able to regularly keep the same attacking combinations for lengthy period of times, scoring goals has been United’s Achilles heel.

Top Students
Jason Culina has led by example. He’s played every minute of every game, and is the teams highest goalscorer with five to his name. Bruce Djite has shown moments of magic, and Michael Thwaite’s Socceroos call-up is tribute to his form. James Brown also deserves a mention.

Class Clowns
It has to be Clive. Owner Clive Palmer has continued to run the club into the ground this season. Despite having a passionate, albeit small supporter base, Palmer has let the Robina precinct become a ghost-town. Only last Boxing Day The Football Sack witnessed a Skilled Park filled with 10 000 fans. Granted a third were there for the Roar, but there is a fanbase out there, desperate for the club to engage with them.

Outlook
Short term outlook is good, with the club seemingly already guaranteed a finals position. Long term however looks cloudy, with a lot of talk surrounding the future and viability of such a small supporter base. Things need to change. Either Clive needs to put his pride aside, start again and engage with the community, or the FFA need to re-sell the license to a bidder who is willing too.