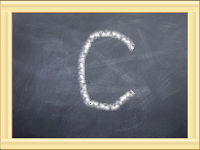 The new Melbourne team started off the season to much fanfare but struggled to get out of first gear.

A healthy opening crowd was followed by some poor crowds and poor results. The first Melbourne derby was the kick off the club had been searching for with a thrilling 2-1 win over Victory in front of a packed AAMI Park. The Heart went on a five game unbeaten run before crashing into Brisbane and losing the next three.
Areas of Excellence

A fabulous win over Melbourne Victory in the derby, The emergence of young players Nik Kalmar, Eli Babalj, and the excitement of Alex Terra. The Heart did everything right upon entering the League. the strip, the playing roster, the coach and the admin were all inspired choices. Heart were able to get their brand into the Melbourne media on numerous occasions including getting Jon Bon Jovi in as their number 1 ticket holder.

Areas in need of improvement

A poor start didn’t really capture the Melbourne public’s imagination, Injuries to Heffernan, Beauchamp and Colosimo have held John Van’t Schip back from having a settled back four.

Finding the net has also been a problem with Aloisi and Skoko missing many games through injury, as with every team ticket prices remain an issue as crowds start to dwindle.

Kalmar has been the surprise packet but Matt Thompson has been the most outstanding and consistent contributor. Sibon and Worm have also been good in patches.

Colosimo was named club captain in their inaugural year but has struggled to find a place in the starting eleven. This is partly through lack of form and partly through the form of Matt Thompson at the back.

On paper Melbourne Heart has a team that is up there with the best, the defense is solid and the midfield is workman-like, in a good way. Goal scoring has been an issue but if Skoko, Aloisi and Terra can overcome injuries then a top six finish should be achievable and a tilt at the title not out of reach.