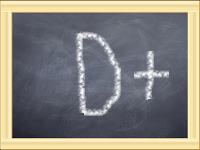 
Semester Summary
It’s out with the old and in with the new. It proved all too good to be true after the Jets experienced their mellowest pre-season campaign to date, free of debacle as the flew under the media’s radar without any real drama, compared to that of seasons past. After left scratching their heads early on, journalists finally had something to write about when former Jets’ licensee, Con Constantine, was replaced at the helm by coal mining magnate, Nathan Tinkler, a quarter of the way through the season.

After the arrival of Tinkler, the Jets have done a lot of talking off the pitch with a host of changes to the structure of the club, including the announcement of new ticketing prices, sponsorship and the high-profile bringing of David Beckham and the LA Galaxy to the Hunter. Things have been improving on the pitch too, with the arrival of Francis Jeffers a key factor in the side’s recent climb up the table. To slightly alter an old cliché, the Jets’ season can certainly be put down as one of two halves this year.

Areas of Excellence
You can’t look past the Jets’ defence this campaign. The side is tighter than a Jewish jeweller when it comes to protecting assets and is leading the pack of A-League clubs for least amount of goals conceded. Strong performances from a much improved Ben Kennedy, a solid partnership between centre halves Ljubo Milicevic and Nikolai Topor-Stanley, and helping cover provided by Kasey Wehrman and Ben Kantarovski, are all largely responsible for the Jets only leaking 12 goals to date.

Areas in need of improvement
Unfortunately the Jets may have taken defending too far as they have also managed to keep the ball out of the oppositions’ net, more often than not. Scoring goals has been the biggest crippler to the Jets’ campaign so far, having scored the least amount of goals this season with a meagre tally of 11. However, all may not be lost. The arrival of Francis Jeffers could be the answer to the Jet’s scoring woes. When Jeffers is on the pitch, the Jets are hot in front of goal, it’s a shame the same can’t be said when he’s off it.

Top Students
The Jets have had many strong performers this season with Kennedy, Milicevic, Topor-Stanley, Wehrman, Kantarovski, and more recently, Ali Abbas, Marko Jesic and Jeffers all proving their mettle and cementing themselves as integral members of the side, with some being labelled as hot property for other clubs this off-season.

Class Clowns
There hasn’t been many, though Con Constantine cannot escape mention here. Don’t even need to bother with the detail, it’s a no brainer. There are a few question marks over the performances of Sean Rooney and others who have struggled to appear in the line-up for the Jets, with some calling for a clean out of the ‘dead wood’. Perhaps it is a little harsh on some, but on the same token, I wouldn’t be surprised to see some players let go at the season’s close.

Outlook
The Jets have been the real movers and shakers of the league recently, and though still early days, they appear to have won back the hearts of the Hunter community. The signing of Jeffers and the rising form of other players, coupled with the imminent arrivals of strikers Tomislav Misura and Ryan Griffiths, puts the Jets in a strong position for a wet sail finish in their search for a finals birth.