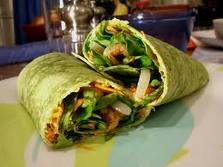 If you’ve picked up a paper, turned on a television, a radio, or checked your twitter feed over the last few days you would have been forgiven for thinking that the A-League title has already been handed over to Brisbane Roar as a Christmas present. The fact still remains that the Roar have won diddly squat to date and the league is still very much a wide open race.

Yes, you can probably draw a line through Adelaide as they get a little jittery come finals time.

Yes, the Mariners have been there twice before and have won the same diddly squat Brisbane have.

Yes, no team has won the Grand Final from outside the top four before and Melbourne have left their run too late.

The League still has a long way to go and there are plenty of things that can happen over the coming weeks. The crowds were great over the festive period, with above season averages at Brisbane, Melbourne, North Queensland, Central Coast, Adelaide, Newcastle and even the Gold Coast. It was also above average at Melbourne Heart if you take out the two derby games’ attendances.

Some bigs names are either returning or apparently returning, which will make the league even more exciting.

Danny Allsopp returns to the Victory, who is still 4th on the all time A-League goal scoring charts.

Shane Smeltz is heavily rumored to be making his 3rd return to the Gold Coast (2nd on the all time A-League GS chart).

So the league has plenty going for it at the moment – all we need is some better chants from the fans.

We are all sick of the Cove’s rendition of Hey Jude. Victory fans were on a winner with the North End-South End chant until it became more of a routine. The Jets fans ‘c’mon NOOCarstle’ makes us cringe, and Perth’s little diddy when the keeper kicks out is probably the worst in football the world over. So please football fans, come up with some thing new. Please feel free to send us your entries and we might publish a few of the better ones.

HERO of the WEEK

VILLAIN of the WEEK

Robbie Fowler. Holding up an imitation ashes urn before the Gold Coast vs Perth game was enough to incite a riot. If only there was a crowd there to start one!