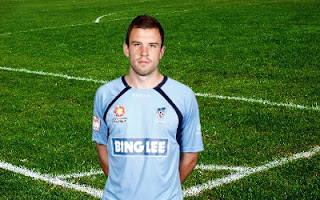 “Regarding Matty Jurman I still believe that we can keep him” said Vitezslav Lavicka.

These are the words that all Sydney FC fans were waiting to hear from their coach. It provides a glimmer of hope that young defender Matt Jurman, who has been instrumental in Sydney’s seven game unbeaten run, could stay at the club for years to come.

“It’s still just a process. I spoke with him yesterday and a few days ago. He negotiate with another club, Brisbane, but I still think there is a chance to keep him, because he is doing a good job now”

His reported move to the Brisbane Roar might prove too lucrative to pass up, but for now, at least, Jurman’s future is still a mystery.

Lavicka was also speculative on finding another player up front specifically for the Asian Champions League, most likely an Australian on loan from another A-League club.