Williams a hit at Sydney FC 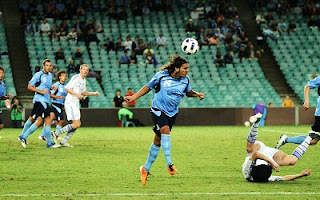 Leaving the field to loud applause must be a powerful vindicator for footballers. Sydney FC newcomer David Williams received just that after a 70 minute stint last night in his adopted team’s first hit-out against Suwon Samsung Bluewings.

“I’m very much settling into the team. Off the field the team’s great, training we’re doing well.”

“You can’t underestimate the amount of work and running the boys did to get that draw.”

“I thought we did well but it was a battle more than a game of football for us. Hopefully we entertain and we’ll get a good crowd for the next one.”

Williams showed in a friendly against Sydney United last week his intent to claim the right flank as his own. His efforts were rewarded last night with a starting berth.

“I’ve got a little bit of freedom to do what I want, but it’s just the way the game can change. It’s all about working a bit more towards fitting into the team. But yeah I like it out on the wing. It was just hard in that second half after Terry went off to get anything.”

And will the Sydney FC faithful be seeing Williams next season in sky blue? Up front Sydney already employ the services of Cazarine, Makela, Petratos and Bridge, but there may still be room for Williams on that right side he so enjoyed last night. 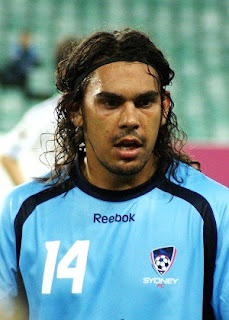 “Yeah mate I’m up for anything, it’s all up for discussion in the future. The focus now is Sydney FC and what I can do for them – just play football and I’m happy to get the opportunity to do it.

With North Queensland Fury dissolved after only two seasons in the Hyundai A-League Williams was uneasy when questioned over his now former team.

“Just sad and disappointed, but I just want to let it be for now and get along with it.”

Sore points aside there was still time to lay down the gauntlet for Suwon Samsung who earlier in the week claimed they’d win the Asian Champions League.