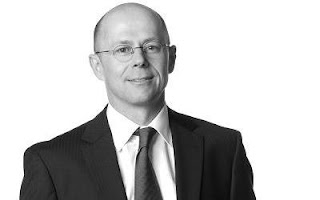 Life in Indonesia as a footballer has been quite different in 2011. In this third part of football in Indonesia, The Football Sack chats to Professional Footballers Australia’s CEO Brendan Schwab about his, and FIFPro’s, involvement with the Indonesian Premier League (LPI).

FIFPro is the world players’ union and in 2005 Schwab was asked to be chair of the FIFPro Asia Committee which two years later became one of the four official Divisions of FIFPro. Through this Schwab was involved in the development of the Indonesian players’ association (APPI) under the leadership of Vennard Hutabarat and Arya Abhiseka.

“This work exposed me to the financial problems of the current league and the vast potential of Indonesian football.

“The circumstances of contract breaches in Indonesia are the most serious I have ever seen in football anywhere in the world.”

Schwab refers to the incident between Persikabo Bogor and player Noah Ndjee Bakena. The actions taken by the PSSI (Indonesian Football Association), FIFA and the club can be found here.

The involvement of Brendan Schwab with the new LPI was initially in an advisory capacity having responded to an invitation from those responsible for the Indonesian football reform movement to speak about the Australian situation between 2003 and 2005.

“I spoke on how we successfully established a new governing body (FFA) and a new professional league (A-League) by working hard with the Australian government, Australian business and the football authorities including FIFA.”

The reforms that had transformed the Australian context were now been implemented in Indonesia with the LPI. “Once LPI made the decision to establish itself, I have given advice to try and ensure the game operates within the regulatory framework of FIFA and that the terms of player contracts and regulations meet FIFA standards.”

Yet the main problem for the new LPI is that the PSSI considers it a rogue entity and will not recognise it, providing a strong challenge not only for those running the LPI, but also for FIFPro Asia.

Recently the PSSI flexed its muscles by revoking the licences of a number of match officials involved with the LPI as well as banning Arifin Panigoro, the bankroller of the LPI, from all activities under the jurisdiction of the PSSI. Also banned were four foreign coaches.

This is one of the big tasks of FIFA and football in Indonesia to unravel and FIFPro are involved here as well.

“Once LPI made the decision to establish itself FIFPro Asia had a duty to protect the players who play in the league. Of course, this is best achieved by the LPI coming under the umbrella of the PSSI and we believe the PSSI should be open to endorsing the league.”

Within this mix of conflict are the players. Through Schwab the LPI accepted and guaranteed the proposed standard players contracts. Unfortunately discussions in the same vein were much less successful with the PSSI who refused to entertain negotiations with the APPI.

Through this mixture of concern and security of salaries, Schwab is still advising caution for all Australians who are considering the move to the LPI due to the refusal of the PSSI to sanction the league and thus the AFC and FIFA.

“Our view is that the dispute is between the PSSI and the LPI and that the players should not in any way be punished as they are not parties to the dispute. It is a matter for PSSI and LPI to resolve as soon as possible in the best interests of football. We will do whatever we can to protect the interests of the players.”

The LPI began earlier this year with 19 teams and has been running successfully since. There have even been cases where players have shown interest in moving from the Liga Indonesia (Indonesian Super League) to the LPI during the next transfer window.

So is this a revolution in Indonesian football or will the LPI forever be just a rival to the PSSI’s Super League? For Schwab it is too early to say.

“The people behind the LPI appear to have the best interests of football at heart, yet most of the iconic Indonesian clubs are still with Liga Indonesia. The LPI and the PSSI need to reach an agreement that embraces professionalism and reform at all levels of the game.

“If that is achieved – and a new structure is set in place that allows the game to be run as a business and in the best interests of the clubs, fans and the players, then the future for Indonesian football will be very bright. Indonesia has more potential for exponential growth than any other country in Asia apart from, arguably, China and India.”

The players have to do their duty on the field, yet it is the coaches who will be under the spotlight come the day...
Read more
Brisbane Roar W-League