Brett Studman and his short shorts 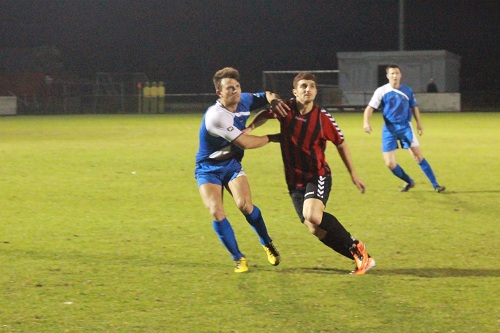 Listen to Matt Greenlaw on The Football Sack podcast.

After the match The Football Sack caught up with Brett in a candid interview about the game, the length of his shorts, and Belmore Sports Ground.

Brett: Yeah of course man, a win’s a win and especially coming back here after such a while. We’ve got a lot of boys from this team [Bankstown] that used to play here so it’s good to get the win yeah absolutely.

TFS: And your individual performance?

TFS: We did actually catch one of those times on camera.

Brett: Really? Wow, you must have been attentive if you caught that – I’m pretty sure I did nothing when I had it but the second half was a bit busier. To me I’d rather sit back there and do absolutely nothing and win but I guess I did alright. To be fair I could have just said that – would have saved us a bit of time but that’s alright.

TFS: Are you happy with the length of your shorts?

Brett: They are short aren’t they?! Ordinarily I do Veet the legs, but they’re hairy at the moment. I’m trying to add a bit of man to my frame – I was copping a bit of stick out there about it.

TFS: I think that was from your own fans as well?

Brett: Well they’re short! Yeah I know, I’m absolutely not responsible for them at all! They’re pulled down, I’ve got skins on underneath so I’ve pulled them down as far as they go.

TFS: All the other players shorts seem to be knee length…

TFS: Are you looking forward to getting back to Belmore Sports Ground for the string of home games?

Brett: It would be nice to play there, I mean it’s five minutes down the road from my house it’d be perfect. Saying that that stadium’s looking a bit under construction at the moment so I don’t know the chances of that actually happening.

TFS: Do you think it’ll be ready?

Brett: I don’t think so to be honest. Odds are looking a bit slim. Every time I go there they [construction workers] seem to be sitting around having a cigarette. Maybe it’s just when I’m there that they’re doing that…

TFS: You do realise we’re recording this right now?

Brett: Absolutely, I have a tendency to be honest… What is this for again?

To view Brett Studman in his short shorts, and to see all the photo’s from Jenson Park, click here.