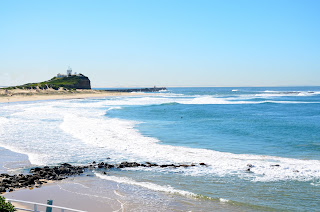 Robbie Middleby, the new CEO of the Newcastle Jets believes Newcastle has all the right ingredients to become not only a powerhouse in football, but in all the sporting ponds Nathan Tinkler dips his toes into.

And why not? The climate and lifestyle are superb, the beaches beautiful, and Sydney’s only a short trip up the freeway. And of course, Nathan Tinkler, the youngest man on the BRW rich list is on a crusade to command and conquer anything in his way.

Tinkler has the bucks; we’ve all seen that. The larger than life mining magnate from the Hunter Valley has a vision. However, intelligently, he employs a cavalry of experts to steer his investments for him.

Tinkler is the first to confess he knows very little about football. An electrician by trade, he made the bulk of his fortune in four years before deciding to branch his investments out into sporting franchises.

From what we’ve seen thus far, it appears his secret in making the Jets a successful club is to outsource smart, savvy and driven individuals to make the right decisions for the club.

Middleby, a former player with Newcastle United and the Breakers, has recently returned to Newcastle after a short stint as a player with the North Queensland Fury, where he also moved into the role of football operations manager.

After only a year in an administration role, the Jets decided Middleby was the man for the job, and since returning to Newcastle, Middleby says the changes that have occurred since he was at the club are extraordinary.

“With Nathan Tinkler and the guys he’s brought on board, the level of professionalism is now there.

“For all these young kids coming through having a professional set up to strive for and be involved with is a massive thing,” said Middleby.

One could be mistaken in assuming that with the massive injection of funds into the club that they’ll now go on a spending spree to source talent from far and wide. However, that’s not the case.

Nathan Tinkler’s vision is to develop and harness local talent so that kids in the Hunter have something to aspire to in the sporting realm.

Much of Newcastle’s success in either rugby league or football has come from having a solid base of home grown talent.

When the Jets won the Hyundai A-league championship in the 07/08 season, many of their players came from the Newcastle area or made their way through the club’s youth program.

It is clear that when recruiting talent, success flows far deeper than the ink that dries on the cheque book. Since winning their sole premiership the Jets have struggled to even get some of their marquee signing’s on the park.

Middleby is adamant the Jets are here to support and develop clubs in the Hunter, and not smother them with attention.

“We don’t want to feel like big brother, but rather be involved with the local clubs and form a strong relationship with the Northern NSW Football Federation.

“To see Newcastle kids come through the system and play for the Jets one day would be a dream come true for the club,” said Middleby.

Middleby himself has been on steep learning curve before taking up this position with the Jets, describing it as a “crash course”.

After completing one year of his two-year contract as a player, he decided to retire from playing and enter the administration side of the football. A decision he said he’s never looked back on. When asked if coaching was ever an option Robbie replied with a swift “no”, before explaining that he’s happy on this side of the fence.

As the door shut on North Queensland, another one opened for Middleby down in Newcastle, the town in which his wife hails from.

There’s no doubt his time at the Fury, although short, put him in good stead for his current appointment at the Jets, however Middleby explained that there were many factors that contributed to his recruitment other than what he’d achieved with the Fury.

As a player, Middleby gained experience not only in Australia but abroad in Germany whilst playing for KFC Uerdingen 05, in a career that spanned over 17 seasons.

A well-liked and respected player, Middleby received the player’s player award whilst at Sydney FC, won an NSL championship with the Wollongong Wolves, made five appearances for Australia and scored a goal against the LA Galaxy, a game in which he accidentally broke a rib of David Beckham.

“The contacts I’ve made, the people I’ve met have enabled me to build a very good network I can turn to for advice.

“That’s what my football career has given me. Not only do I have contacts on the football side of things, but also on the business side,” he added.

Fans follow winning teams, and since the takeover by the Tinkler Sports Group, the Jets have had some on-field success, however plodded through the remainder of last season riddled with injury and finished seventh on the ladder.

They made some moves that were well received by the community – free entry for fans at home games – and some that were criticised – the change of the home and away strip.

At the end of the day fans want to see goals, the basic yardstick for success that gets mixed into the potion at any football club, one that Middleby is more than aware of.

“Winning is something that’s very important, that’s obviously a short term goal of ours. A longer term goal is to be successful off the field as well,” said Middleby.

“To get this pathway with Northern NSW Football Federation and get these younger generations of girls and boys coming through on the right pathway is something that’s very important to us,” he added.

Not only will the Jets have partnerships with the local football clubs and federations, but they’ll also have a very close partnership with the Newcastle Knights due to the dual ownership of the Tinkler Sports Group.

The relationship between the Jets and Knights of years past has been far from united. Last season, the Jets were forced to play one of their home games in Port Macquarie due to the dire state of Energy Australia Stadium.

The Knights management who held the lease for the stadium scheduled the Nitro Circus motocross event to be held during the Hyundai A-league season, something that the cash-strapped Knights desperately needed to make ends meet. As a result, the state of the turf was woeful, which also put the visit of the LA Galaxy and David Beckham in jeopardy.

As it now stands, the clubs are united, and can only expect to prosper under the financially secure blanket that Nathan Tinkler provides.

The current situation that the Jets and Knights have is something that most sporting organisations would dream of. For the Jets, the ability to draw knowledge from a club such as the Knights is hugely beneficial.

“If only every A-league team could have the same scenario as us, it can only benefit both sports.

“What we’ve got here with the Knights and the Jets, having everything all in one is a massive thing,” said Middleby.

“Not only for the clubs but the fans as well. Were playing at different times of the year and hopefully we can get some rugby league fans to come watch our games and vice versa.

“I believe Newcastle will be the sporting hub of Australia, if it’s not already,” he added.

Having coaches, doctors, physio’s and sports scientists all working under the one roof so to speak, is a very exclusive thing, something we’ve never witnessed in Australia.

With the number of memberships rising by the day, and with the people being recruited across the entire Tinkler Sports Group, the future looks bright for a club, which at one point last year was thrown a financial lifeline from the FFA.

The Jets have been brought back to life and although it takes more than deep pockets to win a premiership, the unique situation they have with the Knights could revolutionise private ownership of sporting clubs in Australia.