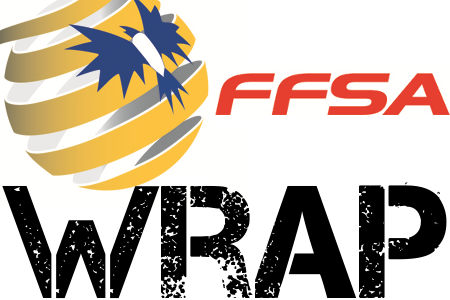 MetroStars defeated Adelaide Blue Eagles 2-0 in Round 12 of the Devine Super League at TK Shutter Reserve on Saturday to keep in touch with league leaders Adelaide City.

Michael Matricciani broke the deadlock just after the hour-mark and Francesco Monterosso doubled the advantage in the 73rd minute to give Metro three crucial points against third-placed Blue Eagles, ahead of the Round 13 top-of-the-table clash against City on Monday night.

“They did not threaten our goal too much,” he said.

“However, we knew until the first goal arrived they would be difficult to break down. At half time we were told to continue with the game plan, which we felt would be able to defeat them.”

“A big game next week but we want to win the game for the game, not the opponent. They (Adelaide City) would need to trip up again even if we do beat them, so we just want to put some pressure on them.”

Blue Eagles Coach Vojo Gluscevic felt his side put in plenty of effort but were not rewarded at the final whistle.

“We stopped Metro from playing the ball around,” he said.

“They could only play long balls, especially in the first half and from that we could play on the counter-attack. We had a few chances but could not finish.”

A high-intensity game of few clear-cut opportunities saw Scott Tunbridge have a double chance 20 minutes in but was denied on both occasions by Blue Eagles goalkeeper Gino De Lucia.

Monterosso was the next to try his luck, but his attempted chip ended on the roof of the net.

Tunbridge and De Lucia continued their duel, as the veteran custodian rushed out quickly to deny the striker with his legs when one-on-one.

The second half began in much the same vein as the first with little to separate the two sides until Matricciani’s 12th strike of the campaign in the 62nd minute.

The striker received the ball just inside the box on the left-hand side, before curling a wonderful shot into the far corner giving De Lucia no chance.

MetroStars went on to extend their lead, as a succession of passes played in Monterosso, whose shot swept past De Lucia into the far corner to put the game beyond the visitors.

Blue Eagles continued to press though with Godley forced into a point-blank save from a Kym Harris effort in the closing stages.

Best on ground for the victors were Lee Robertson, Adam van Domelle and Matricciani, while for Blue Eagles it was Tony Hatzis, joined by Chris Atsikbasis and Damian Di Mella.

Modbury gave Adelaide City a scare in their goal-fest at Jet Park on Friday night leading 3-2 at half-time before the champions ran out eventual 5-3 winners.

Ricardo Da Silva stole the show with all five of City goals while Rhys Devlin, Todd McSorely and Adrian Giacomelli scored for Modbury.

Calvin Mbarga scored a second half double as Western Strikers defeated Raiders 2-1 at the Croatian Sports Centre on Saturday.

Mimi Saric gave the hosts the lead from the spot inside 10 minutes when Mbarga brought down the Raiders captain, moments after scuffing a one-on-one down the other end.

Saric should have doubled Raiders lead on the hour, slamming a diving header against the upright before Mbarga equalised, thrashing his shot into the top corner after bursting through three defenders on the edge of the area.

Callam Flanagan’s impressive work on the right saw him whip in a cross to the far post which was turned in by Mbarga 10 minutes from time.

The best three for the defeated Raiders were Darius Panuzzo, Matthew Stokes and Adam Harris while for Strikers Chahine Noujaim, Flanagan and Michele La Stella were the standouts.

Adelaide Galaxy added to Campbelltown’s woes with a 3-1 victory at Con Makris Park on Saturday.

Shaun McGreevy scored a double within 15 minutes only for Campbelltown player-Coach Jason Trimboli to make it interesting with the final whistle approaching.

Steven Kidd made sure of the points in stoppage time.

Kodi Madeley, McGreevy and John Fusco were Galaxy’s top three, while Campbelltown captain Michael D’Alosio led from the front and was joined by William Russell and ‘keeper Les Pogliacomi.

Para Hills managed to salvage a 1-1 draw against Croydon at The Paddocks on Saturday.

Luke Klimek gave the Kings a half-time advantage but Russell Clayton ensured the points were shared midway through the second half.

Best on ground for the hosts were Shane Tobias, Alex Mullen and Clayton. Frank Violi was joined by captain Michael Papacharalambous and goal-scorer Klimek as Croydon’s best.