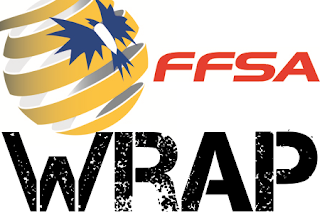 A dominant MetroStars were too good for ten-man Raiders, running out 4-0 winners in Round 17 of the Devine Super League at TK Shutter Reserve on Saturday.

Adam van Dommele opened the scoring after just three minutes and by the twelfth minute Metro were two goals to the good as Scott Tunbridge also found the back of the net.

Ben Tarabar was sent-off midway through the second half as Jackson Groves and then Michael Matricciani completed the rout.

The result means MetroStars remain a point behind Adelaide City in the race to end the home and away season as minor premiers.

MetroStars Coach David Terminello was happy with the performance but warns going into the finals series there is always room for improvement.

“Overall I was pleased with the performance,” he said.

“We are scoring goals early which helps us and puts the other team on the back foot. We’ve been sharing the goals around which means the pressure is not on just one or two, but we always need to be at our best. There is room for improvement.”

Terminello did admit he has an eye on the finals.

“We will approach next week’s game as normal but I am looking ahead to the finals. We will see how we go with nursing players with niggling injuries through next week,” he said.

MetroStars had the perfect opening as Francesco Monterosso’s cross was met by a rasping van Dommele volley from just inside the penalty area, leaving Raiders goalkeeper Dan Atkins with no chance.

The lead was increased nine minutes later when Tunbridge was played through on a Metro counter-attack and with only Atkins to beat, he coolly slotted the ball past the shot-stopper.

Raiders’ task was made increasingly difficult in the 67th minute as Tarabar was given his marching orders for a foul on van Dommele.

Just five minutes later, Metro put the game beyond Raiders reach with Groves meeting a cross with a downward header which evaded Atkins.

MetroStars put the icing on the cake nine minutes from time as ex-Adelaide United striker Matricciani made no mistake when one-on-one with Atkins.

The visitor’s best chance of the second half fell to substitute Mario Marcinko, who struck the crossbar.

Best on ground for MetroStars were Steven Grelli, Tunbridge and Monterosso. For Raiders, Matthew Stokes, Adam Harris and Captain Mimi Saric gathered votes for their performance.

Adelaide City got back to their dominant best with a comfortable 4-0 victory over Western Strikers at Carnegie Reserve on Saturday.

Jono Negus scored a goal in each half and was joined on the scoresheet by Ricardo Da Silva and Nicky Orr.

Adelaide Galaxy secured their finals position with a 3-0 win over bottom-placed Modbury at Con Makris Park on Saturday.

Jake Markham put the hosts into a half-time lead and Tom Briscoe added a second half brace to secure the points for Galaxy.

Adelaide Blue Eagles were held to a 0-0 draw by Croydon at Marden Sports Complex on Saturday.

The draw means Blue Eagles will finish the minor round third, while the Kings survival hopes will go down to the final round of the season.

Best on ground for Blue Eagles was Fortunato Filletti, who was ably assisted by Chris Atsikbasis and Kym Harris. Croydon’s top three players were Ermias Tekle, Lewis May and captain Michael Papacharalambous.

Campbelltown secured their Devine Super League status for next year with a come-from-behind win against Para Hills at Steve Woodcock Sports Centre on Saturday.

Alex Mullen put the visitors ahead but Stephen Maio replied with just under twenty minutes remaining. An own goal three minutes from the end gave Campbelltown the points.