Who are the Mariners biggest threats towards their race for the 2011/12 title? After their first three games I think the best answer would be, themselves.

With a late Patty Zwanswijk header resulting in their only competition point in three games for the experienced Hyundai A-League underdogs, many questions are being asked of their ability to win matches. 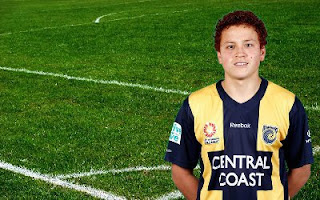 This weekend against the Newcastle Jets the Mariners were disappointing to say the least. Let’s start with how their backline affected the result, as before the Coasties have to worry about netting at the other end of the field they should refocus their game towards limiting handovers to opposing strikers and gifting simple scoring opportunities.

Three badly judged passes in the Mariners line of defence saw Matt Ryan constantly pressured and no chance to stop the Jets opening goal, Jeremy Brockie tapping past him after being fed the ball (by the Mariners) 18 yards out and easily dancing around two Mariners defenders.

If we look back to the Mariners performance in the Grand Final rematch of Round One against the league champions there was plenty of heart shown and opportunities created.

The Mariners are always up to the challenges of the big games, thriving on their must win mentality and a never say die attitude – but that is not always enough to compete on the professional stage.

They need to score; they need a dominant strike force up front.

Full credit must go to Graham Arnold for the job he is doing with the mix of youth and experience within his squad and I think it would be harsh to write the Mariners off just yet. In the coming weeks we should see the return of several key players including Mustafa Amini, an overnight household name who holds a cult following this side of the freeway and is remembered by everyone who saw him make his debut by ripping apart Perth Glory last season.

Amini has not yet started in the Hyundai A-League this season but looked strong in a midweek clash against the Jets at youth level.

Soon to receive a welcomed reception by fans is John Hutchinson, who is both hated by all and loved by the Yellow Army and is returning from Chinese Superstars the Chengdu Blades on a loan agreement. He joins the club on October 30 so will miss this week’s match.

Club Captain Alex Wilkinson will also have an impact as leader and a rock in the backline when he returns from injury.

So with Round Four in sights – which brings no doubt a crucial match up for the Central Coast Mariners against Perth Glory – only time will tell if the one week turnaround has solved their suicidal defensive decisions and allowed Arnie to devise a plan of attack to put them back in the A-league champions mixer.

Regardless of the players on the injury list it is clear the current starting 11 must lift their game. Perth Glory will be crossing their fingers on Graham Arnold holding young Amini back for just one more week.

Kick off is scheduled for 5:30pm at Bluetongue Stadium this Saturday Night.