Can anyone or anything stop the Brisbane Roar juggernaut? This is the question facing other clubs as Roar prepares a tilt at an unprecedented third A-League title. Ange Postecoglou may be gone but key members of the squad remain under the watchful eye of Rado Vidosic. 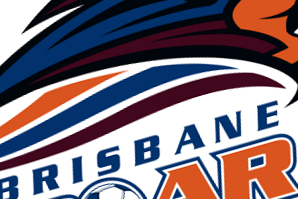 The former assistant promises Brisbane’s passing game will continue under his management but, with no points on offer for style, Vidosic will face criticism if Roar don’t immediately pick up where they left off – on a five match winning streak.

Last season:
A-League: 2nd
Finals: Champions
They’ll win the league because…
…Roar are still the best team in the competition. Focusing on individual talent, be it player or manager, is to miss the point behind the club’s recent successes. Thomas Broich, Besart Berisha, Ivan Franjic , Erik Paartalu, Matt Smith and Michael Theo are undoubtedly among the A-League’s best in their respective positions, and while they work well together, it’s the way the squad’s lesser names complement these players that secured the Roar’s outstanding run of results the past two seasons.
While some ‘squadies’ departed in the off-season, those brought in suit Brisbane’s energetic and effervescent style even more. Two young, dynamic wingers in Ben Halloran and Dong-Hyun Do, plus the promising qualities of Japanese youth defender Yuji Takahashi means Brisbane are arguably stronger on paper than they were last year. A terrifying thought for their A-League opponents.
They’ll be cellar dwellers because….
…everyone has caught on by now. Last year Brisbane went through a horrid summer trot that saw them lose to Sydney FC, Melbourne Heart, Wellington Phoenix, Central Coast Mariners, Newcastle Jets and Gold Coast United. A-League coaches will have analysed video of those matches to within an inch of comprehension and will feel confident they now possess the necessary knowledge to predict and counter the defending champions.
However, if you don’t buy in to that argument then feel free to consider the outside possibility of another flood event wreaking havoc with the Roar’s match schedule. Or a debilitating club-wide outbreak of boogie-woogie influenza. Or even a Godzilla-type creature descending upon Suncorp Stadium and leveling it with its foul-smelling, fiery breath. Okay, I’ll stop now. I think you get the point.
Talk around the water cooler…look smart in front of your colleagues with this valuable piece of information.
Unbeknownst to some, this isn’t Rado Vidosic’s first time in charge of Roar in A-League competition. Following Frank Farina’s drink-driving dismissal in 2009, Vidosic took over as caretaker before the full-time position was eventually handed to Postecoglou. The result of Vidosic’s brief foray was an unimpressive 1-nil home defeat to Gold Coast United – meaning the Roar manager is currently on a one-game losing streak.
The off-season brought…
…a sense of continuity that bordered on boredom. Not only have their been minimal changes in playing personnel, but the pre-season programme sadly became an uninspired repeat of last season’s – fixtures against favoured local sides before facing off against A-League opponents in regional centres. The club has kept on eye on the future by re-signing a core group of fan favourites, with Franjic, Broich, Smith, Stefanutto, Theo and Henrique all putting pen to paper on contract extensions. It means many of the same faces will return next pre-season to play against the same local clubs all over again. Yawn.
Key player…
…Thomas Broich – it was no coincidence that Roar’s horrid summertime trot last season coincided with an injury to the German playmaker. The Johnny Warren medallist is still as mesmerising as ever on the ball and his continued presence in the Brisbane midfield will prove key to Roar’s continued success. It has been suggested he will be deployed in a more central role this year, meaning more touches and yet more chances to work his midfield magic.
One to watch…
…Nick Fitzgerald – the Australian youth international came somewhat to the fore last season, rapidly progressing from the Roar youth side to become a regular member of the first team. This season, fans and coaching staff will be expecting Fitzgerald to build upon his promise and solidify his starting spot. A skilful finisher who is compact on the ball and capable of playing on both wings and in behind the striker, Fitzgerald has flown under the radar somewhat in a squad glittering with talent. Expect him to step out of the shadow of his better known teammates this year to become a household name in his own right.
Full squad list…
1 Michael THEO, 2. Matt SMITH (c), 3. Shane STEFANUTTO, 4. Matthew JURMAN, 5.  Ivan FRANJIC, 6. Erik PAARTALU, 7. Besart BERISHA, 8. Massimo MURDOCCA, 10. HENRIQUE, 11. Ben HALLORAN, 13. Yuji TAKAHASHI, 14. Rocky VISCONTE, 16. DO Dong-Hyun, 17. Mitch NICHOLS, 18. Luke BRATTAN, 19. Jack HINGERT, 20. Matt ACTON, 21. James MEYER, 22. Thomas BROICH, 23. Anthony PROIA, 24. Nick FITZGERALD, 25. George LAMBADARIDIS, 26. Corey BROWN, 29. James DONACHIE