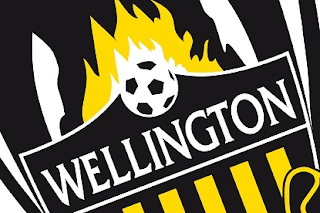 Having made the finals for three seasons out of their five season-long existence and gunning for their fourth straight appearance this time around, the Phoenix are one of the most successful clubs in the Hyundai A-League; but no-one in Australia would know that. Too often dismissed due to their location across the ditch, the team from the Shaky Isles are a club based on stability, evidenced by the fact they are the only club (besides new team Western Sydney Wanderers) who still holds onto their foundation coach, All-Whites mastermind Ricki Herbert.

They’ll Win The League Because…
…every season I tip them to miss the finals and every year they prove me wrong. Seriously though, with a coach who has proven results with solid if unspectacular squads they can take it up to any team on their day – the problem will be maintaining that consistently throughout the season. In Round Six last season they came ever so close to defeating Brisbane Roar, giving the rest of the league the blueprint of how to achieve that feat, before doing it themselves in Round Eleven.

The extra year together and the stability of keeping most of the players could provide the platform for some more consistent performances, so the losses against lowly teams such as Adelaide United and Melbourne Victory may be a thing of the past, instead replaced with a legitimate tilt at the title.

They’ll Be Cellar Dwellers Because…
…they just can’t score. Despite their high finish last season, statisticians had to look twice when they came across Wellington’s goal-scoring record; a paltry 34 goals in 27 regular-season matches. Only Adelaide United and Gold Coast United scored less and they finished ninth and tenth respectively.

The over-reliance on Paul Ifill was a telling factor in their lack of potency up front with the cold hard truth being that if Ifill had a poor game, so did the Phoenix. With the retirement of Tim Brown and Chris Greenacre robbing Wellington of their other two top-three goalscoreres, the scoresheet could remain blank much too often this season.

Talk Around The Watercooler… Look smart in front of your colleagues with this valuable piece of information.
The Wellington Phoenix were the first side from New Zealand to make it to the play-offs of an Australian association football competition. The team finished fourth in the 2009/10 season to earn a place, defeating Perth Glory away and Newcastle Jets at home before falling to eventual Champions Sydney FC in the Preliminary Final.

The Extended Off-Season Brought…
… an attempt at lessoning the reliance Wellington have on Ifill with the capture of New Zealand international Jeremy Brockie and Belgian forward Stein Hugsegems.

The off-season also saw the return of Glen Moss to challenge Mark Paston as the starting goalkeeper following the release of Tony Warner.

Daniel, Nick Ward and Brent Griffiths are the other higher-profile departures with no other big names brought in to replace them.

Key Player…
Only a fool would say that Paul Ifill isn’t Wellington’s key player. While most would point to Brisbane Roar’s reliance on Thomas Broich, Ifill has a more profound effect on his side as the Phoenix won a mere four points out of a possible twenty-one last season without Ifill (a percentage of 19%) while Brisbane claimed 43% of points without their main man with 13 points out of 30.

With Ifill on the field the team has a focus for the attack who can score goals, create goals and importantly inspire a sense of self-belief into all of his team-mates that is sorely lacking when he is on the sideline.

Unless there are drastic changes and Brockie truly fires, the level of which Ifill is kept fit could well decide Wellington’s season fortunes.

One To Watch…
Benjamin Totori. The 26 year old striker from the Solomon Islands caught the eye of Herbert in the OFC Nations Cup. Having never played in a major top-tier league before, all eyes will be on the Pacific Islander to see if he will live up to his excitement-machine tag, or if he’ll be another A-League flop.

Player gambles have gone both ways for Herbert in the past and this signing is definitely a gamble. If he succeeds, Totori will become the Cinderella of the A-League.

The Women’s World Cup always seems to bring out the best in the Australian football public. While great to see women’s football talked about...
Read more
Featured

Victoria has kept up its impressive recent record with four players on the park in Australia's win on Sunday as the U17 Matildas defeated...
Read more
Westfield W-League

Last year's champions still in with a chance. Image: Nick Guoth It's the ultimate round of W-League action coming up and every match has...
Read more
NPL Victoria

Dandenong Thunder have had a season to remember; claiming the VPL Minor Premiership weeks in advance before taking out the Dockerty Cup. Their aim...
Read more