Western Sydney Wanderers coach Tony Popovic believes playing against a ten-man opposition is one of the hardest mental battles for any side.

The Wanderers were outclassed by a Victory outfit that were without defender Sam Gallagher for the majority of the match thanks to a blatant foul on Western Sydney striker Dino Kresinger. 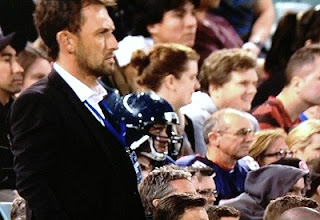 But despite his side being kept scoreless Popovic was happy with the performance.

“Overall we were pleased with how we moved the ball, its just in the final third I just felt we got anxious and really forced things when we didn’t have to” he said.

The Wanderers were cursed last round against Perth Glory with a send off to Youssouf Hersi but roles were reversed against Victory.

“As we showed last week, its difficult to play against ten players.

“Its frustrating really, we started the game off so well and it was almost as if the worst thing that happened to us was their player getting sent off.

“I thought our players seemed a little stressed and a little bit nervous and we kind of forced things a little too often.

“The start was very good and we were very pleased with the start of the game” Popovic said.

It was a spirited performance from the away side which didn’t go unnoticed by Popovic.

“We came up against a very good side that had that one chance on the break and they punished us. That’s credit to them.”

Archie Thompson has continued his recent good form, securing the victory with his third goal this season.

Popovic recognises the striker’s impact on the game and had nothing but good comments for the veteran.

“That’s why he’s still in the Socceroos, he’s a top player. Top players can do that – one chance, one goal.”