The Crossbar: Bells and [too many] whistles 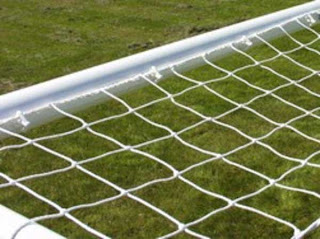 For so long we here at The Football Sack have defended the referees but the time is now for FFA to get a full-time panel in. Some of the key decisions over the weekend were amateurish to say the least. Refs weren’t the worst offenders over the weekend though; what has happened to the defences of the A-League? Where are the Muscats and Ognenovski’s gone? How does Heart get 2-0 up at home and ultimately draw 3-3? How does Western Sydney Wanderers concede twice whilst up a man? Does Sydney even have a defence anymore?

1.  #SauceBottles at Blue Tongue. They’re like mini rockets eager to blast off.

4. Six goal thrillers. Heart vs Jets was a joy to watch.

5.  Besart Berisha. He’s a sandwich short of a picnic.

6. Photoshop experts. David Beckham keeping them in a job.

What went over the Crossbar (Dislikes)

3. Shadows covering half the pitch for 5pm games.

4. Why on earth would the FFA schedule Wellington Phoenix to play Perth Glory at 11:30 pm New Zealand time? Ridiculous to think that you couldn’t watch your team in your local league at a decent hour.

The standard of defending in the A-League needs to lift.

Things we could change if we had superpowers

The sauce bottles at Blue Tounge would explode with confetti when the Mariners score.

Hero of the week:

Villain of the week:

Ben Williams. I don’t want to bash refs but he had an absolute stinker.

Liam Miller. It sometimes gets lost in the eastern states how good he really is.

1. Steve Pantalidis will get a standing ovation (ala Travis Dodd) when he is subbed off at AAMI Park against the Victory on Friday night.

1. David Beckham will dominate the headlines. PRETTY MUCH

2. Sydney will employ a coach that won’t be Alex Ferguson so the fan forums will go into meltdown. IT DIDN’T HAPPEN OVER NIGHT BUT IT WILL HAPPEN

Keep your money safe this week.