No Marquee, No Problems for Sydney FC 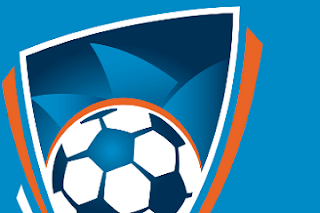 Sydney FC have had 99 problems this season, but the Nix weren’t one today, notching their first away victory of the season in a match that slowly rose from banal to barnstorming over the course of the 90 minutes.

Football website writers had to quickly rethink any headline referring to ‘Windy Wellington’ on a relatively balmy day in the Cake Tin, as Jason Culina made his first full start for Sydney FC in the holding midfield role with experienced marquee men Alessandro Del Piero and Brett Emerton missing from the side.

Rhyan Grant was playing a somewhat unfamiliar role in the centre of midfield, with youngster Blake Powell making only his second start of the season.

The first half was devoid of any real goalmouth action, save for a Yau chance from a set piece and a volley into the side netting from Brockie; a gilt-edged opportunity for the Phoenix front man to extend his goal-scoring streak to four matches.

On the stroke of half-time however, it was the away side that took the lead, with a short corner routine by that man Culina (or as appears on the back of his shirt, “Cvlina”) setting up a far post header for Seb Ryall.

Cvlina was by far the best player on the park for the first period, but is still obviously a little short on match fitness. Sydney looked far less organised defensively after he was subbed on the hour mark for ex-Police United FC legend Paul Reid.

If the right-back Ryall was an unlikely scorer of the first goal, then it was certainly a shock to see Terry McFlynn slide through a defensive splitting pass to the feet of Grant to side-foot past the keeper.

It looked like Sydney FC would coast to a well-deserved and fairly easy three points until yet another late collapse let Wellington back in the match.

On 85 minutes, McFlynn raised his arms while charging down a Vince Lia shot, earning the Phoenix a free-kick right on the edge of the box. However, replays showed that contact was inside the penalty area to add yet another controversial decision in a season so far marred by mistakes by match officials.

Wellington however would get their penalty at the end of normal time, with Manny Muscat clumsily bundled over in the box. Referee Griffiths-Jones had no hesitation showing a card to Griffiths-Adam and Brockie duly converted to guve the Nux a snuff.

It certainly wasn’t the end of the drama as Vedran Janjetovic dove brilliantly to his left to claw away a Brockie header right at the death but the Sky Blues held on to take all three points.

Despite conceding late, Sydney FC looked a completely different side to the one that shipped 22 goals in their first eight games. In the two matches so far under the new management, they’ve conceded a single goal to average .5, a figure Farina will aspire to keep under for as long as possible…