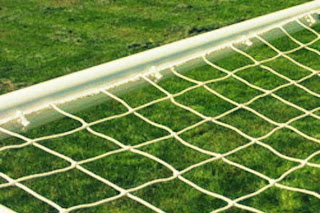 It was a tough week to gauge how football went down. One moment the sky was falling down as the Socceroos drew one hell of a group for the World Cup. The next we were 1000 games into the A-League and haven’t we come a long way baby?!

Adelaide United continue to unimpress and Melbourne Victory might now be seen as the mediocre side they are. Melbourne Heart kept JA in a job for another week with a good effort at Wanderland. Nathan Burns stole the headlines with his double whilst Sydney FC lost their first match in five. Perth Glory showed that it is possible to blood young players in this league and come away with the points and Brisbane just keep on keeping on and look the team to beat. Mike Mulvey though is still looking in the stands for those Mulvey Out signs which surfaced early last season.
Our big observation:
1000 games into the Hyundai A-League and we’re still going and getting better. Looking forward to the next one ton.

These snuck under the Crossbar (likes)

•  Nathan Burns scoring. Six years after his last A-League goal.
•  Harry Kewell back on the park. Mhm.
•  Perth’s youth team. What the A-League should be.
•  1000 A-League games. We’ve come a long way baby.
•  Besart Berisha. Officially in the top echelon of players we’ve seen in the 1000 A-League games.
•  As a long suffering Newcastle United fan, winning at Old Trafford for the first time in 41 years is worth chucking in.

What went over the crossbar (dislikes)

•   One Sunday game and an 11:30pm kick-off time for the Phoenix faithful. Poor fixturing.
•   The Socceroos World Cup Draw. ‘Nuff said.
•   Adelaide United. Do they even fitness?
•   Let’s just get the facts on head injuries in the game before we start calling for extra subs. And don’t ever mention helmets again.
•  No cup competition. The MLS final was a belter.
Ref Watch: Round 8
Okay, so 99% of your dislikes last year were referee related even when we said NO REFS, so we have added ‘Ref Watch’ this year and will try to be completely balanced in our appraisal.
Grade:  A
No real blunders this week that we saw. They actually made some very correct calls on some players going down very easily. Well done refs!
These players have played for both teams
In this week’s fixtures there are a few players that have graced the stage for both teams playing in the match. Here they are:

Greg Owens – Reds vs Mariners
Best known for: Showing plenty of promise at Adelaide before getting homesick.

Richard Garcia – Sydney vs Heart
Best known for: A Legend of Hull City

Nick Ward –  Victory vs Glory
Best known for: flicking the hair out of his eyes.

Last week’s predictions
• Harry Kewell to announce his retirement – He lifted Heart when he came on. He stuck it to The Football Sack.
• Besart Berisha, being out of the headlines for so long, will do something drastic – Scored twice. We’ll claim it.
• Someone will pull out how long in distance it is between Perth and Wellington before someone else pulls out that there is some Russian 4th division team that travels further –  Yep. Fox Sports all over that.
• John Aloisi will get the sack at halftime of the WSW vs Heart game and Ante Milicic will just switch benches as he takes over – Another point saved him for another week.
Next week’s predictions
•  The FFA read Twitter and decide to withdraw from the World Cup after all the negative feedback on the group.
•  Nick Ansell plays infront of Adrian Leijer. C’mon Kev, its not a boys club.
•  Harry Kewell hattrick at Sydney.
Share
Facebook
Twitter
Pinterest
WhatsApp

0
New boys on the block Western United started their maiden A-League campaign strong, but currently sitting seventh on the table, it is hard not...
Read more
Brisbane Roar

Brisbane Roar keep their place in the top six

0
The Western Sydney Wanderers and Newcastle Jets fought hard for a share of the spoils in an end-to-end 1-1 draw at Bankwest Stadium on...
Read more

How Melbourne City have secured the Premiers Plate

Garriock to reflect on time at Canberra

0
In her last game in charge at home, Canberra United head coach Heather Garriock said that it has been an emotional few weeks, and...
Read more

Crossbar: Time for a bench swap

0
When you ran your eyes over the fixtures at the start of the week did you foresee that Melbourne Heart vs Adelaide on Sunday...
Read more
Hyundai A-League

0
After seven rounds its fair to say that the field has narrowed to seven teams that can win it. That's easy enough to say...
Read more
Hyundai A-League

0
John Aloisi is a deadman walking. Sensationalist comment probably, but when was the last time you remember a home crowd chanting for a coach...
Read more