We would like to thank all our fans, readers and supporters for nominating us in this season’s FFDA Fan Awards which opened its voting today.

The Football Sack has the chance to take out Podcast of the Year for an unprecedented third time (except this time in the professional category) as well as being nominated for Football Website of the Year. 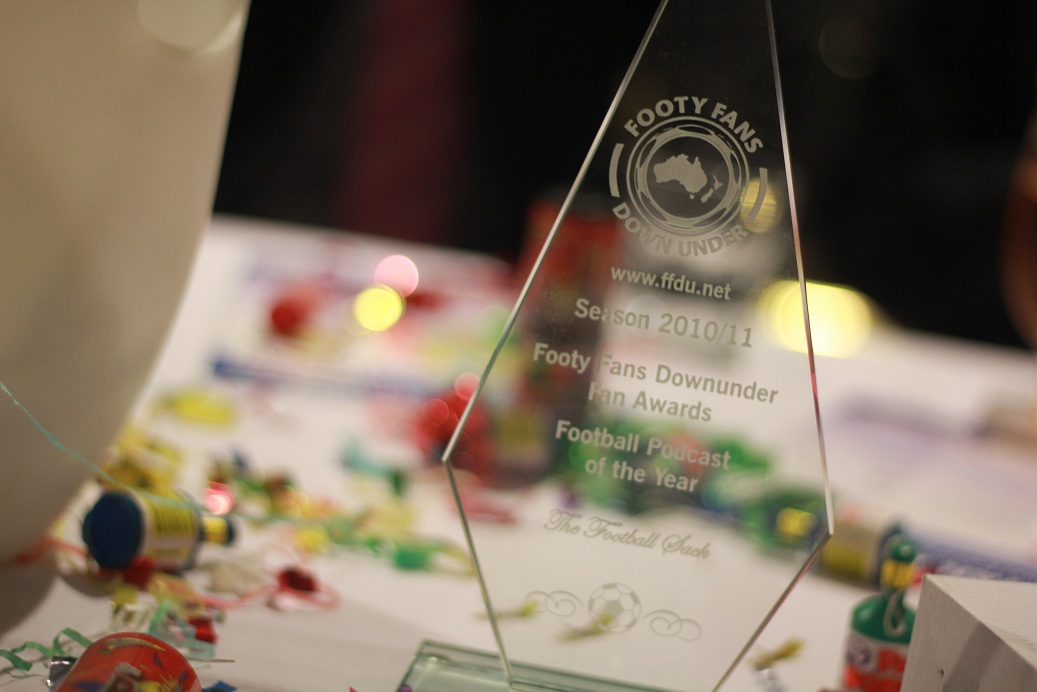 We also have a chance to win Best Use of Social Media for a third time after providing live coverage of the FIFA World Cup, AFC Asian Cup, Hyundai A-League and Westfield W-League.

The award-winning duo of Jack Quigley and Christian Layland returned for the first time in three years to bring back The Football Sack World Cup Podcast to great acclaim. With full page newspaper coverage as well as promotion on television the podcast certainly made a splash.

With 17,000 downloads it peaked at #41 on the iTunes charts and included guests ranging from Socceroo Captains and AFL players to hipster music icons.

Brad has undergone a rapid rise after initially joining The Football Sack as our Melbourne Victory writer. Following a season covering the Hyundai A-League and Westfield W-League teams, Brad was hired by Football Federation Victoria to cover Victorian Premier League.

With his witty and interesting writing style noticed by outside organisations it wasn’t going to be long until he was picked-up and soon enough Brad started writing for Western Sydney Wanderers before joining Betfair as one of their full time journalists.

His hard work and talent is a testament to his attitude and we wish Brad all the best for recognition he richly deserves.

To top it off, former The Football Sack blogger Steph Catley has been nominated for Female Footballer of the Year.

This is the fifth season of the FFDU Awards, a ceremony which has grown in to the biggest fan-voted sports awards in Australia.

The Football Sack World Cup Podcast would like to thank all sponsors who made the 2014 version possible including Major Partners Banking on Football as well as Southern Cross University, Arrivederci Pizzeria, Boost Juice, Elite Personal Training and SMG Australia.

Absolutely everything. Who is going to beat the Wanderers and how are they going to do it?These are the questions we need answered quickly...