This year’s UEFA Champions League Final is expected to draw an audience of around 400 million people worldwide, however 23-year-old Jackson Lang won’t be one of them.

An Italian team that nobody cares about anymore and a club supported solely by 13-year-old boys are set to face off in the early hours of Sunday morning to be crowned Champions in one of the world’s most prestigious football tournaments.

But Lang says he will not be tuning in for the 2017 final. 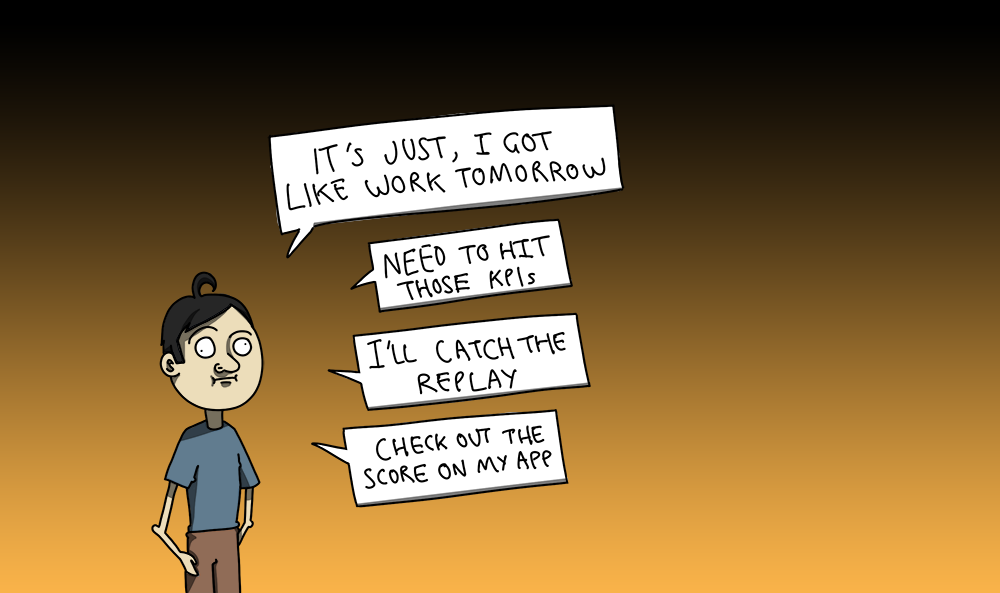 “Na man, I’m not getting up for that,” Lang told The Football Sack.

“You know it kicks off before 5am right?

“Are you kidding me?”

The freelance graphic designer said he usually waits until there are two digits before the colon on his Sony clock radio before getting out of bed.

Despite being a self-diagnosed football tragic, Lang said the fixture is just not interesting enough for him to make the effort of walking the 10 meters from his bed to the lounge.

“A lot of the time I sleep on the lounge anyway,” the Windsor native said.

“But I don’t see myself rolling over for that, I need to sleep.

“I’ve just got too many jobs going at the moment and it’s taking it out of me.

“Those fonts aren’t gonna pick themselves.”

However, The Football Sack has exclusively learned that the 23-year-old secretly just doesn’t give a shit about either team contesting the final.

“Plus on more than one occasion he’s referred to Real Madrid as ‘the team everyone picks on FIFA that’s not Barca’.

“I’m pretty sure I heard him call them Ronaldo Madrid one time, must be what he thinks they’re called.”