Tony Popovic took Western Sydney to an A-League premiership in his first season as Wanderers coach and he’s set to do it again as Perth Glory boss, so how do these two Popovic-lead outfits stack up against each other?

As Perth Glory transformed from a team lacking identity to a footballing powerhouse over the course of the 2018/19 season, questions began to rise as to whether Popovic could pull off a similarly remarkable feat as he did in Western Sydney and win Glory the Premiers Plate at the first time of asking.

The Football Sack has analysed Popovic’s first seasons with both the Wanderers and Glory  to see the similarities and differences between both sides, uncovering the hallmarks of a Popovic premiership.

One thing ties these two sides together best and it’s their ability to keep clean sheets. Liam Reddy is in career-best form this season, leading the league with 10 clean sheets with three rounds to play, eclipsing his record of eight clean sheets achieved twice in previous A-League campaigns.

In the 2012/13 season Wanderers ‘keeper Ante Covic kept 11 clean sheets. Only Mathew Ryan had more in goal for Central Coast Mariners (12). Glory have conceded 22 goals this season to date over 24 games, while Western Sydney let in one less over 27 games in the 2012/13 season. Glory have conceded three goals just once this season, and Popovic’s Wanderers never conceded more than two in one game through the entire season. These phenomenal defensive statistics are what intertwine the success of both sides the most. 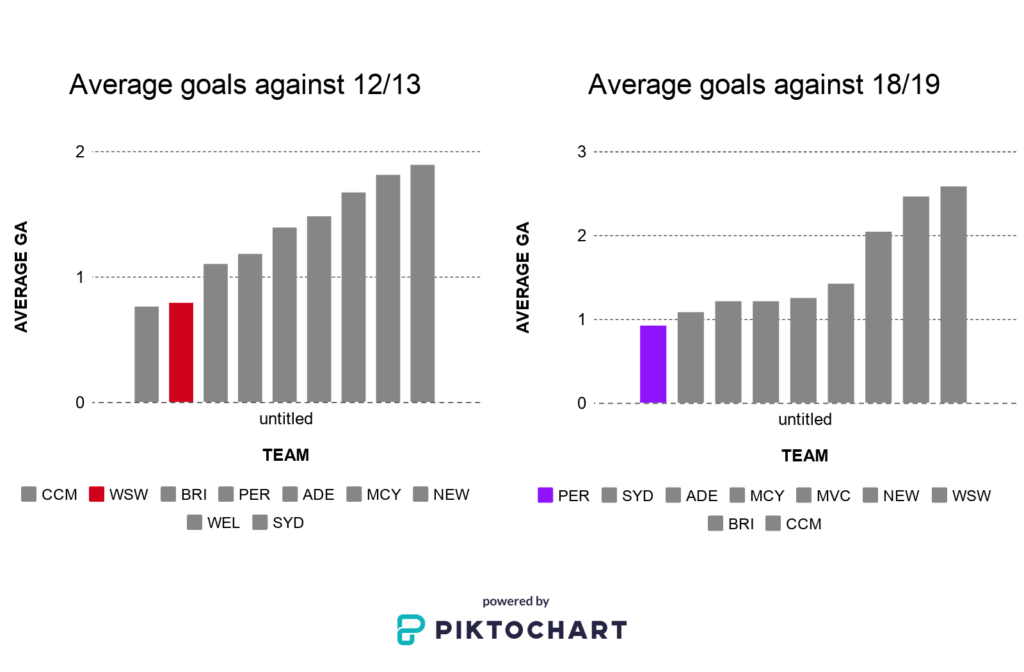 In both of these Popovic sides there has been one unmissable similarity: a squad of hard-working, defensively solid, team oriented players combined with one player of unmatched talent and class to provide creativity and spark.

Shinji Ono was to Popovic what Diego Castro is to him now: his dependable star with otherworldly skill and craft capable of the downright outrageous, and just as Ono provided so much for the Wanderers in the 2012/13 season Castro is performing at the same level.

Castro currently has eight goals and three assists to his name, the exact same numbers Ono posted in the 2012/13 season (finals included). Such was the impact of Ono for the Wanderers that four of his regular-season goals were the difference between his side winning and drawing, and in one case his two goals in a 2-1 win over Melbourne Victory was the difference between winning and losing.

The roles both Ono and Castro have played for Popovic in these two sides cannot go understated. Ono stitched Popovic’s Wanderers together in that inaugural season and Castro’s importance in Perth is no different.

In the 2012/13 season Popovic’s Wanderers had a spread of goal scorers to depend upon, and it is no different in the current Glory season. Before Popovic had Andy Keogh up front in Perth Mark Bridge was his man, scoring 11 goals for the Wanderers in the premiership winning season. Behind him however Ono, Youssouf Hersi and Labinot Haliti contributed 18 goals between them for the season.

This season Glory’s goals from midfield are proving similarly crucial, as Chris Ikonomidis, Diego Castro and Neil Kilkenny have pitched in a total of 20 goals to go with Keogh’s 13 for the season.

Bridge finished eight goals off the golden boot in 2012/13 and with three players ahead of Keogh in the current standings it seems he will also miss out on the award, but rather than highlighting either striker’s inability to score enough goals these statistics shine a light on an aspect of Popovic’s successful philosophy: to share the goal-scoring load around the team so as to not rely on an individual for success.

Differing paths to the top

Along with the similarities there has been one major difference between the two sides, and that is the time it took for each to get to the top of the table. Glory have been the outstanding team for the entirety of the current campaign. They claimed top spot in round four and haven’t relinquished it since, losing just twice in the process.

Conversely, the 2012/13 Wanderers had a horrific start to their inaugural A-League season, losing five of their first nine games falling to eighth spot on the table leading into round 10. What came next was nothing short of remarkable. Popovic’s side won 15 of their last 18 games, climbing to the top of the table in round 23 with just five games to go, and holding on until the end of the season to claim the Premiers Plate. 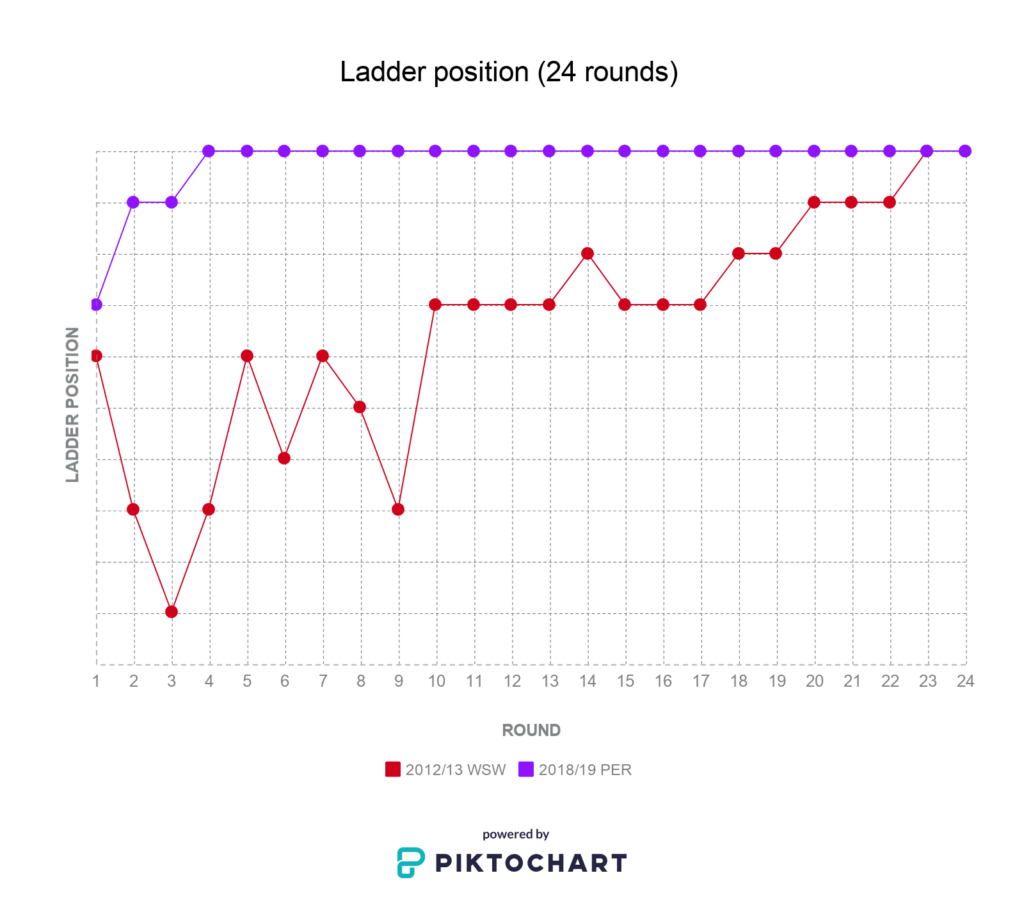 There are many pathways to the top and after making a late push to the summit in his first season as Wanderers manager Popovic’s current Glory side have taken a far smoother route.

Two teams similar in defensive solidity and attacking output differ mainly in their road to the top of the table. One took time to click as the club itself took its first steps into competitive A-League action. The other has dominated all season long, and are on the precipice of a club-defining maiden A-League premiership.

And yet, with the great memories of his first coaching premiership in Western Sydney Popovic would also remember how the story ends, and armed with that knowledge he’ll be trying to take Glory one step further this time around.

A look inside the touring circus of Manchester United

0
It was only in town for ten days but the touring circus of English football in Perth was manic from the start, blockbuster throughout...
Read more
Featured

0
With Manchester United in town to face Perth Glory on Saturday night the A-League Premiers were on the world stage. Unfortunately for Tony Popovic, he...
Read more