It is only fitting a team which boasted the likes of Harry Kewell, Tim Cahill, Mark Viduka and Lucas Neill – all in their prime – would be recognised as the best for what they achieved.

Despite not reaching the same heights as this 2006 team, the 1997 squad is regarded just as highly.

Many were confident the 1997 Socceroos, who went down heart-breakingly to Iran in Melbourne, would succeed in the 1998 World Cup in France, having made the final of the 1997 Confederations Cup.

Given the national team chops-and-changes so frequently, this article will compare the Socceroos squad which went down to Iran and the 2006 World Cup Squad after the loss to Italy.

On paper, this squad is as good as any Socceroos line-up.

Featuring a mixture of previous, current and future generations it is clear why there was such a buzz around this team at the time.

Like the 2006 squad, this group played at a time when Australia still fell under Oceania, meaning decent opponents were few and far between and World Cup qualification seemed near impossible.

There was a mixture of experience within the squad as well with a total of 437 caps among the 18 players and an average of 24.

Following Australia’s loss to Iran the squad travelled to Brazil for the Confederations Cup – having won the OFC Continental Cup – and made it to the final where they lost 6-0 to the host nation.

The tournament was significant in providing exposure to some of Australia’s youngest and brightest players in Kewell, Viduka and John Aloisi, who would go on to be stalwarts of Australia’s 2006 World Cup campaign. 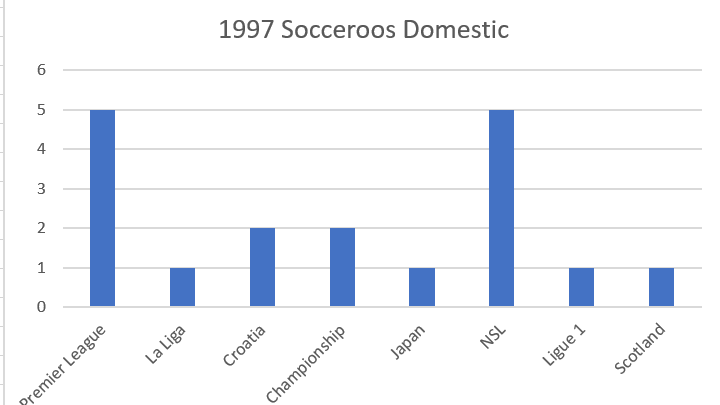 As seen above, seven of the 18 players in the squad played in Europe’s top five leagues with nine of the starting 11 playing domestically in Europe at the time.

There were 76 international goals within this squad – including goalkeeper Mark Bosnich – with 32 belonging to 34-year-old and current Socceroos boss Graham Arnold. 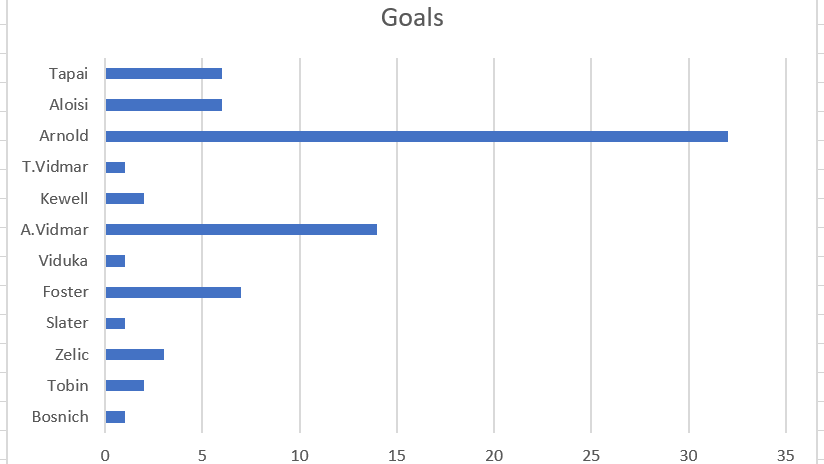 Since Australia’s exit from the 2006 World Cup fans have been using this squad as the benchmark every time a Socceroos squad is named.

A defining factor as to why this squad was regarded so highly was due to the level its players played at domestically.

Likewise, only four players from the squad played their domestic football outside of Europe. 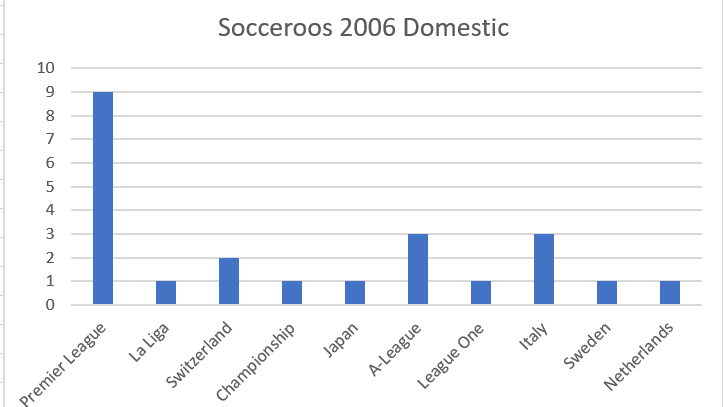 This squad achieved something no other Socceroos outfit had done and that was score at a World Cup. Not only did they score but managed to put five away in their four matches at the tournament. 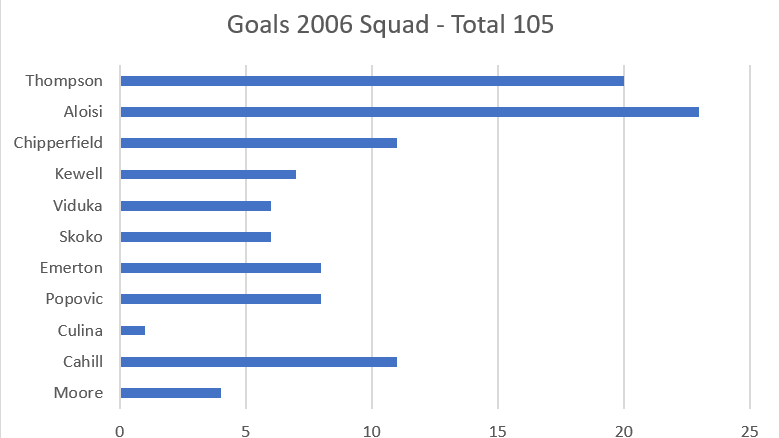 So how do the two teams rank against each other?

Due to them scoring more international goals, having more players in higher leagues and actually qualifying for the World Cup, the 2006 squad is the true golden generation.

0
Adelaide United have ended their four-game winless streak by extending their winning streak against the Melbourne Victory with a 1-0 at Coopers Stadium on...
Read more

0
On August 5, 2008 Melbourne Heart played their first competitive match in the A-League. Since then, the club has experienced significant transformation – including a...
Read more
Hyundai A-League

0
Another disappointing for Melbourne City after so much promise. An early finals exit putting City fans out of their misery after a season fueled...
Read more
Hyundai A-League

If A-League clubs were rock bands

0
Music and sport don't often go hand-in-hand. Albeit the two do share a number of similarities - there is a lot of money in both...
Read more
Hyundai A-League

0
Melbourne Victory has booked its place in next week's semi-final against Sydney FC after a clinical display against the Wellington Phoenix. Despite a brief period...
Read more