The Olé Football Academy’s football director Declan Edge wants to revolution New Zealand’s playing style to show the world who they are and how they play.

He said he wanted to create a clear Kiwi football identity on how the nation trained, spoke to players and to an extent how they played the game.

“In my ideal world if you watched either a male or female national side at any level you could easily tell that’s the way New Zealand play,” he said.

“If you are overseas and you watch a team with a Kiwi player in it, you can easily spot the Kiwi player thanks to the way they act and play.

“I don’t think any such footballing identity exists in New Zealand, that’s why we need this revolution.

“I want New Zealand to say to the world that this is who we are. This is how we play.”

In 1997 the Olé Football Academy was founded and the production line of elite Kiwi footballing talents began.

Ryan Thomas, who plays for PSV Eindhoven, is the most recognised name that has come through Olé but he is far from the only one.

The players that have come through Olé are successful and heading it all is that man, Edge.

His goal is to get the nation playing the Olé way and to accept the Olé definition of football.

“We define football as the ability to collect information and to make decisions based on the information collected, but I see a lot of practices where that’s not happening,” Edge said.

“If you aren’t making decisions based on the information you collect, then we say that’s not football.

“We have a way of playing and that’s centered around the 4-3-3. It’s a positional game. We’re very stringent on that.” 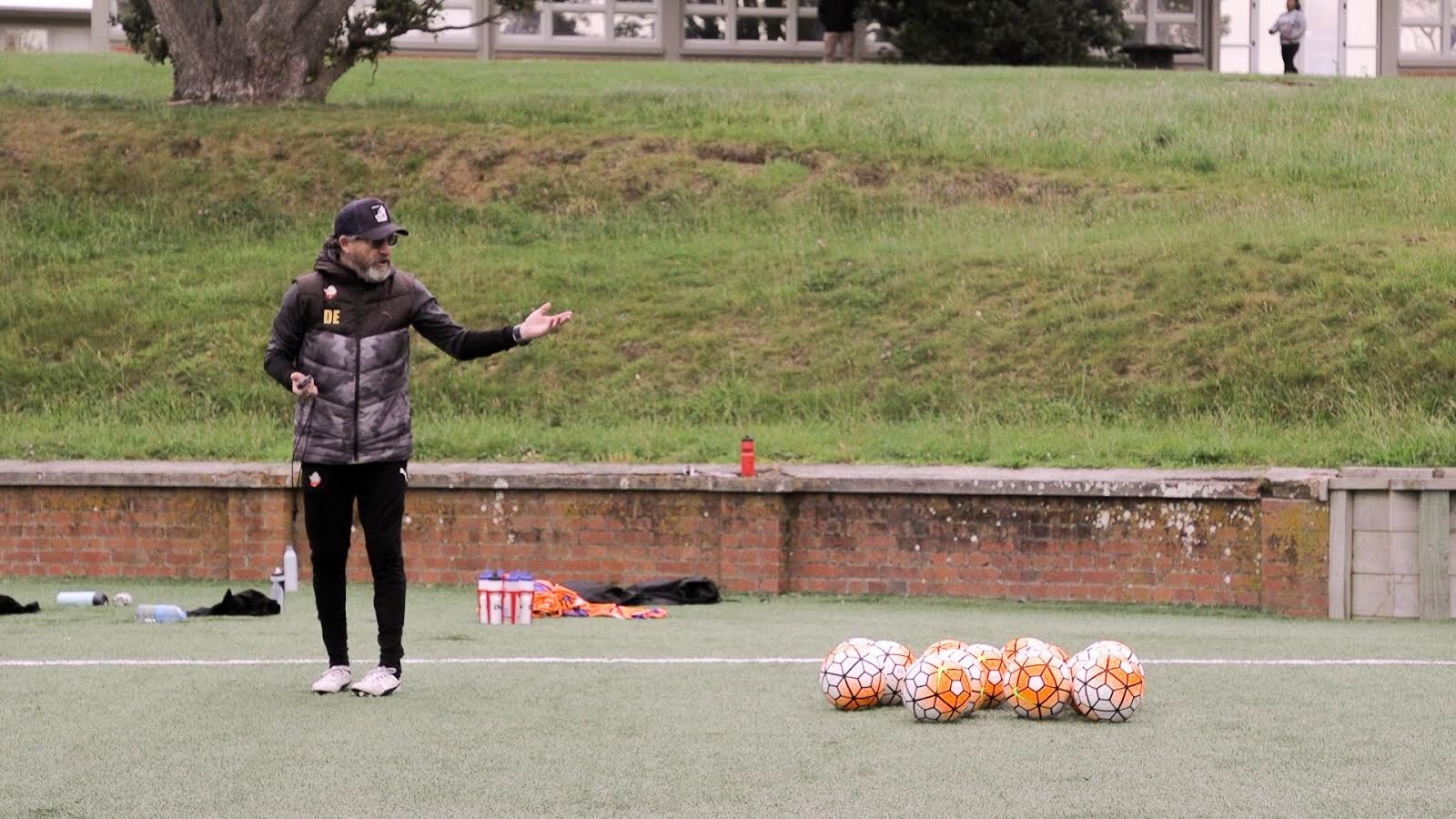 The academy has three programs: the pre-academy for nine to 11-year-olds, an academy for 11 to 14 years and the young Olé’s for 14 to 18-year-old players.

Past members have gone on to play for Fulham FC in the English Premier League, in the United States’ Major Soccer League and on scholarships in US college’s NCAA Division 1.

As Edge himself will happily point out, the Olé way works.

“I’m almost at the stage where I don’t have to argue with or sell people the Olé way, surely I shouldn’t have to do that anymore,” he said.

“They’ve all come out of here, the next generation is coming out of here. It works.”

Because it works, it’s spreading. The closest ISPS Premiership side Team Wellington, are taking a look at Olé but they are not the only ones beginning to accept it.

“The national team are coming around to it too. Under Danny Hay, they’re playing a 4-3-3,” he said.

“I’ve spent a lot of time with Danny, sharing our ideas with him and now this is the way that the national team is playing.

“I want different organisations to be more open to what I say.

“I want different organisations to unlearn, to relearn a different way of working in football in New Zealand. If they can, that benefits us all.”

Olé recently set up a link with Swedish fourth division side Torslanda IK and Edge went into how it works.

He said there had been a problem with a number of NZ players going overseas to play before coming back with their tails between their legs, despite being good enough to compete.

“The main reason is just them feeling unsafe, in a foreign country with a foreign environment, they feel unsafe so they head back home,” he said.

“If you don’t feel safe somewhere, there’s certain things in your system that shut down.”

“Players that come to Torslanda can get picked up at the airport by Olé people, and when they go into Torslanda, they can train and play the same way they do here. [It] makes them feel safe and relaxed in Europe.

“None of the boys who went to Torslanda want to come back.”

Olé’s on the path to a successful revolution but if there is one thing Edge wants to get clear, it’s to end any negative connotation surrounding his revolution.

“When I talk about a revolution everyone freaks out, thinking Declan’s here to take over,” he said.

“What this revolution means is that more of our young people will have the opportunity to look at a different way of doing things.”

That can only be a good thing for NZ football.

0
Although their hope of making the championship match in their inaugural season was brutally cut short by Sydney FC, Western United proved that there...
Read more

0
It was third time lucky for Melbourne Victory in the 2019/20 A-League season to find a Head Coach. With the announcement made earlier in the...
Read more

0
In mid 2010, two young lads broke into a recording studio. One year on and the brain child of Jack Quigley and Christian Layland...
Read more
New Zealand

0
In May 2019, Des Buckingham brought a New Zealand team to the FIFA U-20 World Cup that was bursting with talent. One year on,...
Read more
Brisbane Roar

0
The most Football Sack article to exist now exists. Sydney FC: The Opinion piece http://gty.im/1212320077 Sydney are the best team in the A-League. The opinion piece is...
Read more