Which is the best Sydney FC team of all time?

The 2019/2020 Sydney FC side is impressive but do they stack up with the club’s successful teams of the past?

Each squad was analysed on number of goals, defence, and points in respective seasons.

A changing of the guard with long-time assistant Steve Corica coming into the head role after Graham Arnold.

Lows of the season were home losses to both Melbourne franchises, and an away thumping from Perth.

Struggled to get marquee Siem De Jong fit but after a run of games towards the end of the season, he was class.

Won the grand final in Perth despite not registering a shot on target in 120 minutes.

Winning this feat made them the only club to win a grand final from second twice: a league record. 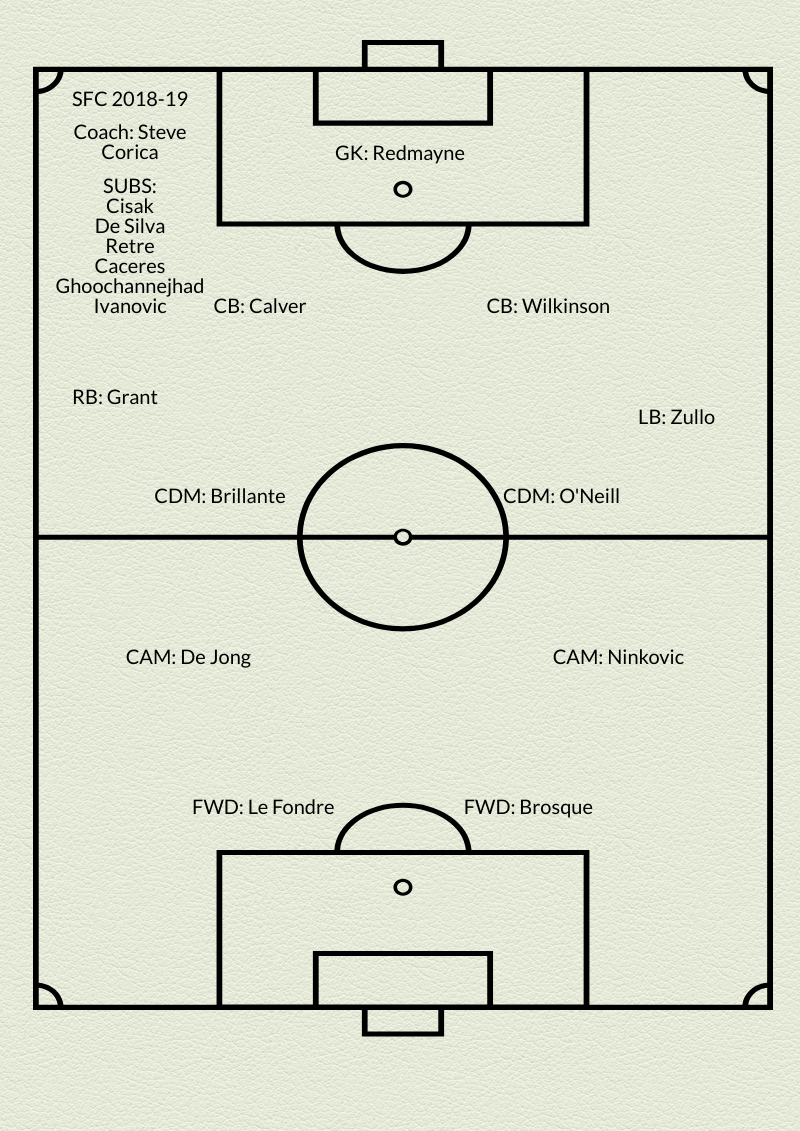 They were not the most convincing side – shipping 28 goals in 21 games.

An experienced team who got the better of Adelaide in the semi finals and, though they started slowly, beat Central Coast in the decider. 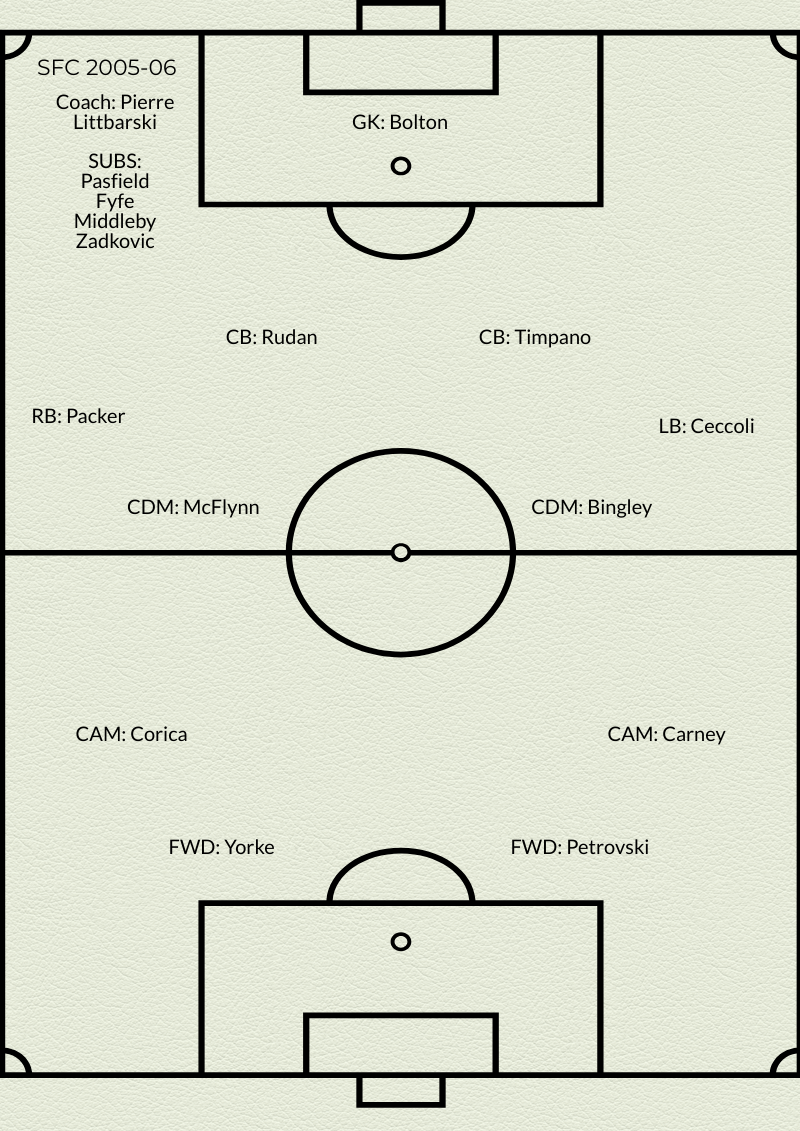 A tight competition saw them secure the premiership plate on the final day.

Best defence by far for the season – under a goal a game average.

Still finished first despite nine losses in the campaign – highlighting the even nature of the league.

They held a 55 per cent win ratio. 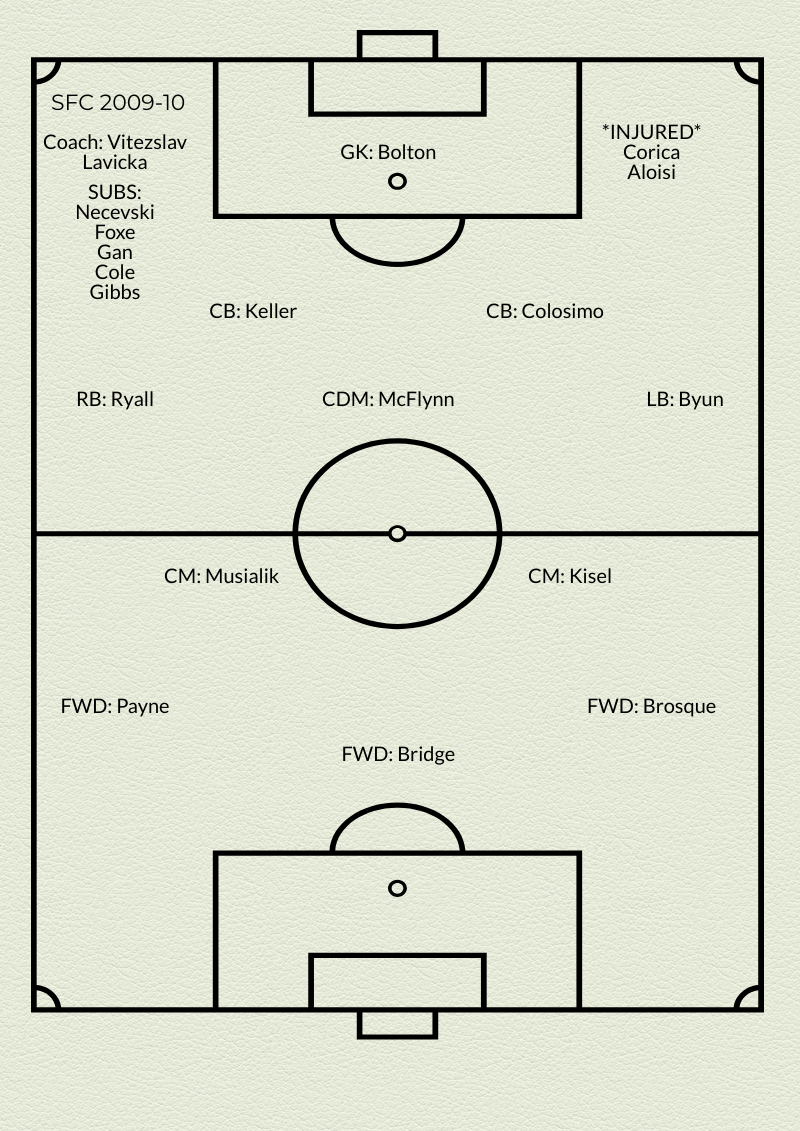 Perhaps harsh to be third on the list given their current form.

Despite being impressive there is still improvement in this team.

Under Corica’s leadership they recorded their 12th straight home win at Kogarah and have scored at a rate of approximately two-and-a-half goals a game.

With in-form forward Adam Le Fondre scoring at a goal a game, they will be hard to stop from winning a fifth A-League title. 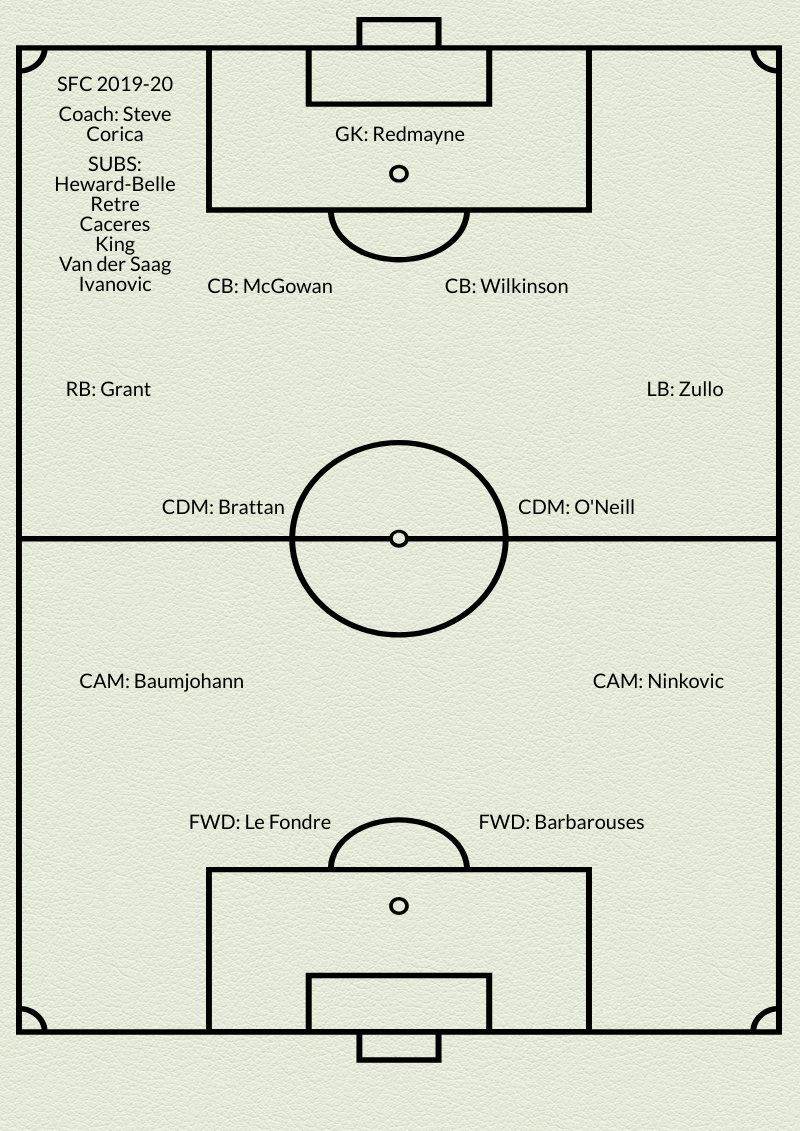 A team which did not even make the decider.

Arnold recruited well after the loss of Rhyan Grant, signing the experienced Luke Wilkshire as cover.

The league was set alight by Adrian Mierzejewski who recorded 13 goals and nine assists – winning the Johnny Warren Medal 11 points ahead of second.

Twenty wins out of 27 games for the second season in a row – impressive. 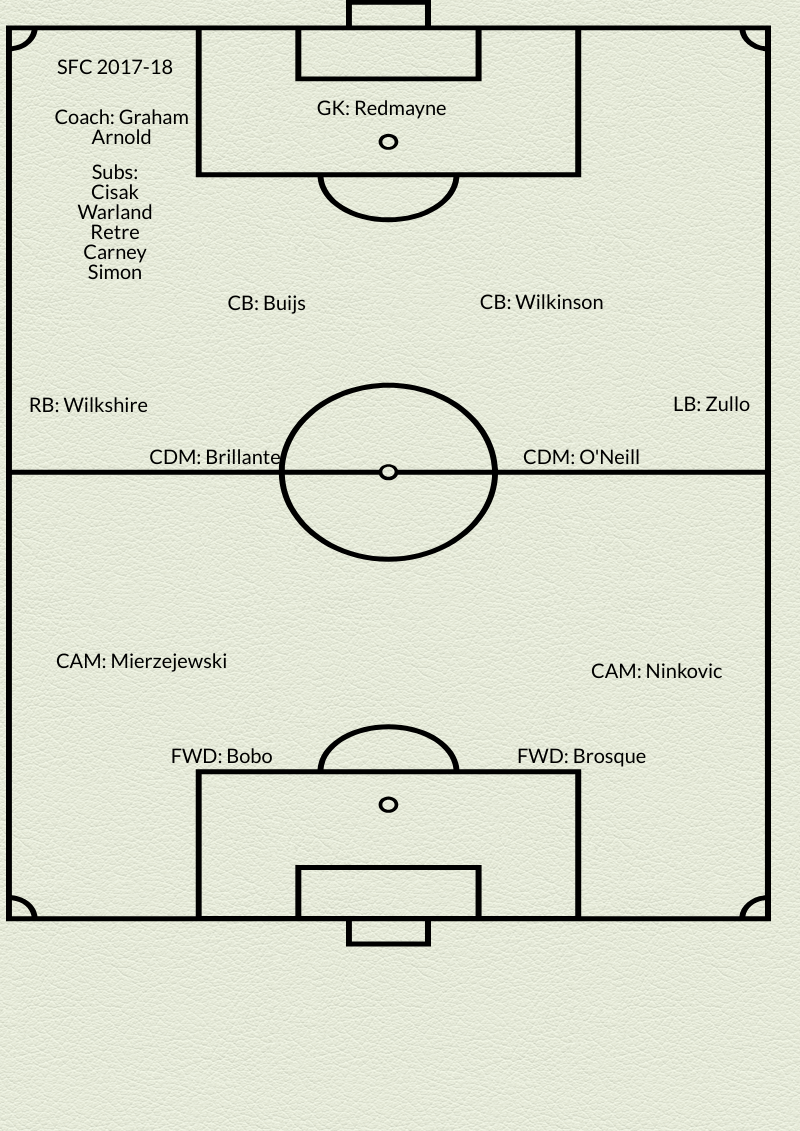 One of, if not the, best team in A-League history.

A ruthless team who did not focus on possession, rather strangling opposition teams into mistakes with relentless work rate in midfield.

Twenty wins recorded out of 27 is still an equalled competition record, as is the imperious defensive record of 12 goals in a season, under half a goal conceded a game. 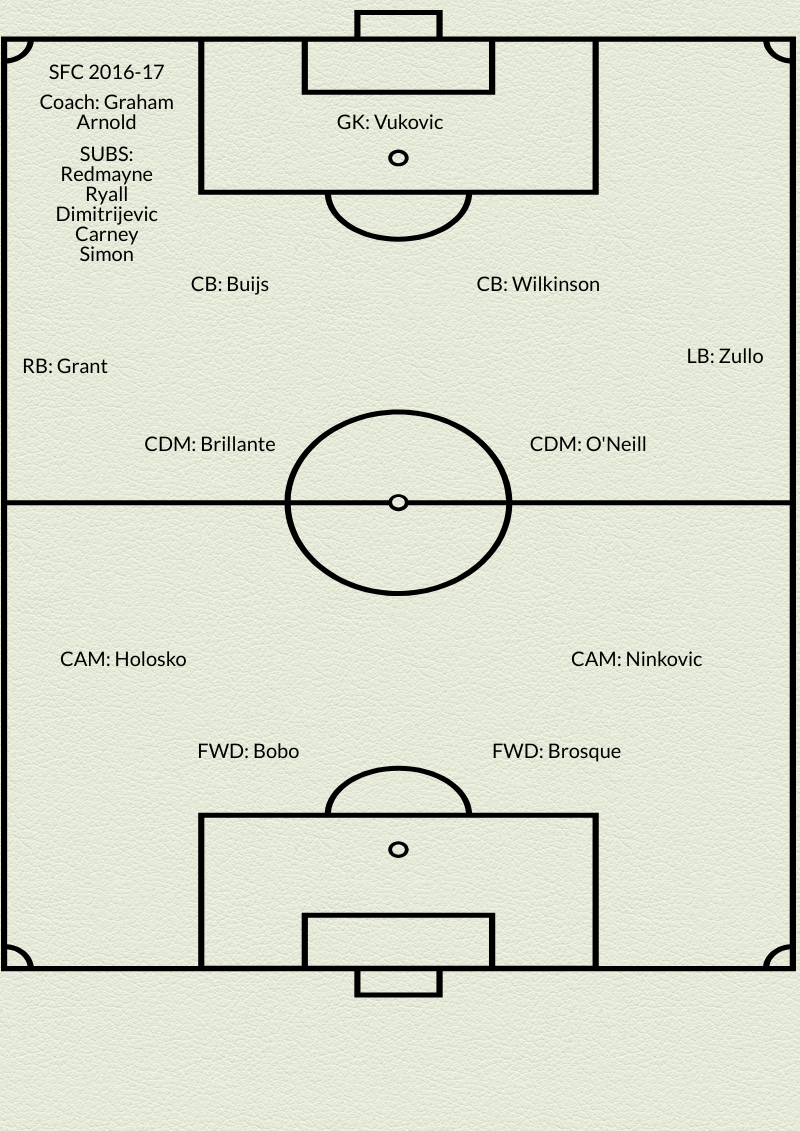 0
Angelique Hristodoulou did not always picture a life in football but credits her path to the world game to her father. The 18-year-old fullback is...
Read more
Brisbane Roar W-League

0
Sydney and Brisbane played on Thursday night at Leichardt Oval in what should have been an entertaining potential finals football preview. http://gty.im/1193948646 The match finished in...
Read more
Hyundai A-League

0
We are at the halfway mark of the 2019/20 A-League season, so it’s about time The Football Sack takes a look at the performance...
Read more
Hyundai A-League

0
Sydney FC got the better of Adelaide United at Jubilee Stadium, but player welfare was the main concern of the fixture. http://gty.im/1197438004 Bushfires have ravaged New...
Read more