Delianov: Injury will not stop me

Trying to make your mark as a young player is all well and good but at such a crucial time of development, injury can sometimes stunt potential and progress.

But if you ask Western United’s James Delianov injury will not stop him from progressing as a player.

The former Melbourne City goalkeeper switched to the A-League’s newest club in May earlier this year, an opportunity and challenge Delianov welcomed.

Despite the decision being a no brainer for Delianov, his decision to sign with United was one many questioned as City’s number one goal-keeper Eugene Galekovic announced his retirement around the same time.

“I wanted to challenge myself,” he said.

“Making your mark at a new club is not something players get to do often.

“It was an opportunity I wanted to take to try and push myself.”

The excitement and anticipation of signing with United were quickly marred with frustration after Delianov obtained a serious knee injury during training in round three this season. One that would make him miss the rest of the 2019/20 season.

At 20-years-old the mental and physical toll of dealing with such an injury has been difficult, but it is a challenge that Delianov is taking in his stride.

“I wouldn’t wish something like this on my worst enemy,” he said.

“It was tough, to go from through the motions of joining a new club to then knowing you’re going to be sidelined for the rest of the season, it’s a big challenge.”

Instead of falling into a negative state of mind, Delianov has made recovery and his rehab program his main priority with a Green and Black cheer squad right behind him.

“The support of the club has been phenomenal,” he said. 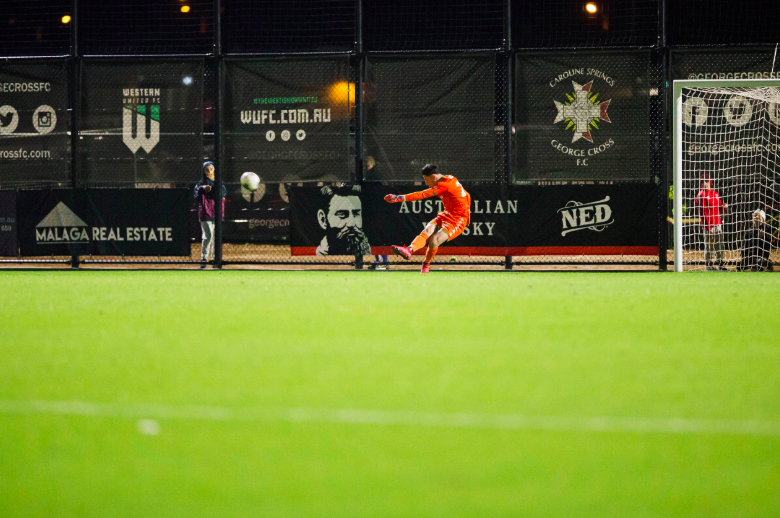 “There are so many people willing to work on the physical and phycological effects of an injury.”

“But the boys and coaches have all been behind me.”

Delianov is excited to make his return to the Green and Black’s at the start of their 2020/21 A-League season.

0
There’s no better way to celebrate The Football Sack’s 10th birthday than by going back to revisit some of the firsts that were achieved...
Read more
Adelaide United

0
With football everywhere momentarily put on hold, football fans have been looking at where they can get their next fix. Here at The Football Sack,...
Read more
Adelaide United

0
With Australian football at the mercy of the COVID-19 crisis, there is no clear sign when the game will return. The resilience of football fans...
Read more
Football Book Reviews

Football Book Review: The Time of my Football Life (or how I spent my long service leave)

0
David Picken shows how you can take a simple passion for football and turn it into something extraordinary with his novel. The Time of my...
Read more