In doing so, she became the first Serbian to play in the W-League.

“In Serbia, our championship and female soccer in general is not of the best level,” Mijatovic said. 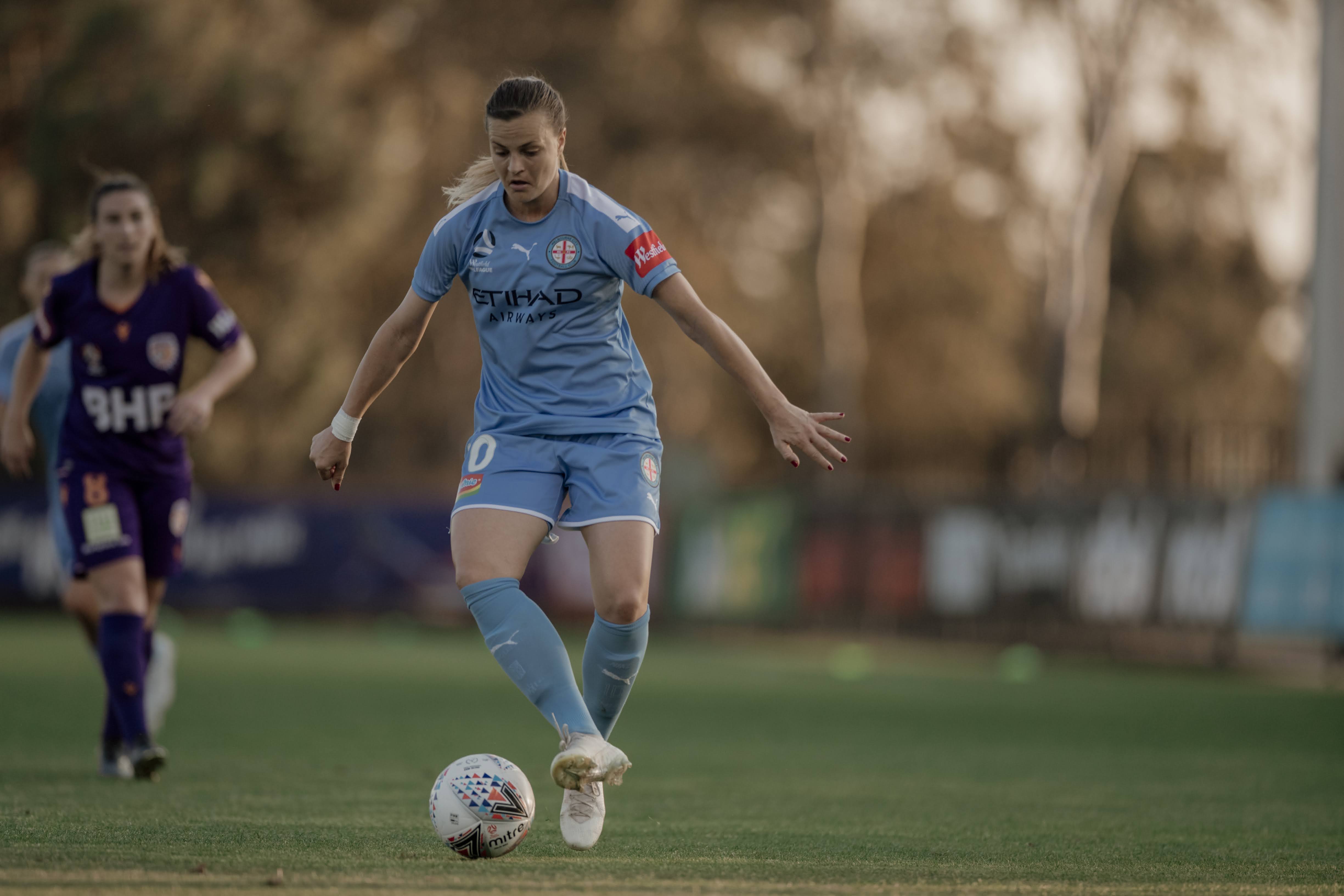 Mijatovic has overcome her country’s professional football limitations with the support of family and a willingness to play abroad for the last few years.

“I had huge support from my family and all of my coaches,” she said.

“They pushed me through all the difficulties and all the obstacles.

“I played in Kazakhstan, I played in France, then Sweden, then Norway and here I am in Melbourne.”

The forward views her decision to come to City as the perfect opportunity to play in an elite competition that will propel her towards the highest ranks of European football.

“It was a great opportunity for me to come and play in such a league and in the really good and professional environment we have here at Melbourne City,” she said.

For Mijatovic, growing up in Serbia taught her a distinctive style of play: a fierce attack on the ball while making her presence felt in the front third of the field.

“Many of the good players from the Balkans, both men and women, have a similar style of playing as my own,” she said.

“I think all of the coaches I had throughout my career from Serbia influenced it.”

Mijatovic has played a crucial role in City’s undefeated start to the season.

She has been a dominant force up front, scoring four goals in nine appearances.

The forward believes the environment at City has brought out the best in her. By improving her offensive play to the point she said she could play top-flight football in Europe.

“I’ve improved a lot playing in the last third in terms of key passes, assists and scoring,” she said.

“Hopefully this will take me to a better club in Europe.”

Until then a championship with City remains firmly on her agenda.

“We have a really mature group and a really good mixture of quality players which allows us to play and win almost every game.”

Michael Patane
Student at Monash University and lover of all things football covering Melbourne City in 2019/20.

It may have started off as just a blog between two football-obsessed mates, yet ten years on The Football Sack has evolved into one...
Read more
Football Book Reviews

Book Review: Whatever It Takes: The Inside Story of the FIFA Way

The competition between nations to host the World Cup may be fiercer than the action on the field itself. When it comes to winning the...
Read more
Melbourne City W-League

Melbourne City's 2019/20 season was the most dominant W-League season of all time. Throughout this season they were undefeated, notching up 13 wins and only...
Read more
A-League

Last week FFA made the bold decision to continue playing matches amid the COVID-19 outbreak, and while it was short-lived, it was the correct...
Read more
Love your football?
Subscribe to our weekly football wrap. During the season we'll send you all the week's football action straight to your inbox.