National representation is often considered the highest regard for athletes of any sport. But is selection based on individual talent? Or does your team weigh in on the prize? We had a look into the Matildas archives to find out which W-League teams have contributed most to the squad over the years.

To gain a deeper understanding for each team’s influence on the national side, a few things were considered when collating data: 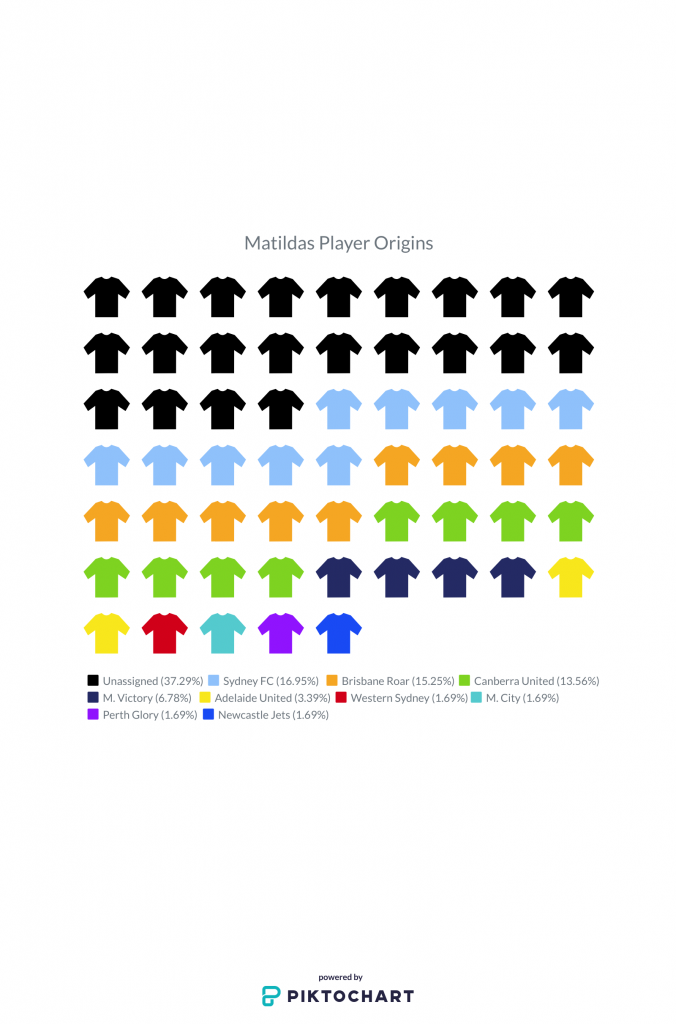 From the above data we can see the three most prominent clubs to produce Matildas players are Sydney FC (10), Brisbane Roar (nine) and Canberra United (eight).

Additionally, New South Wales was the most influential state contributing 20 of 59 players to the squad. This makes sense, as NSW has the most W-League squads.

Unassigned players make up most of the data. This is the result of the entire 2008 squad consisting of players returning from previous years. Although the players joined the W-League upon its inception in 2008, their prior involvement with the Matildas sees them as unassigned players in this analysis.

Looking outside the unassigned players, Perth Glory has only produced one player for the squad – Sam Kerr. However, she has made a significant contribution to the national team.

Joining in 2009, Kerr currently captains the side and leads the goal scoring for the team at 39 (outside of unassigned players such as Lisa De Vanna with 47). 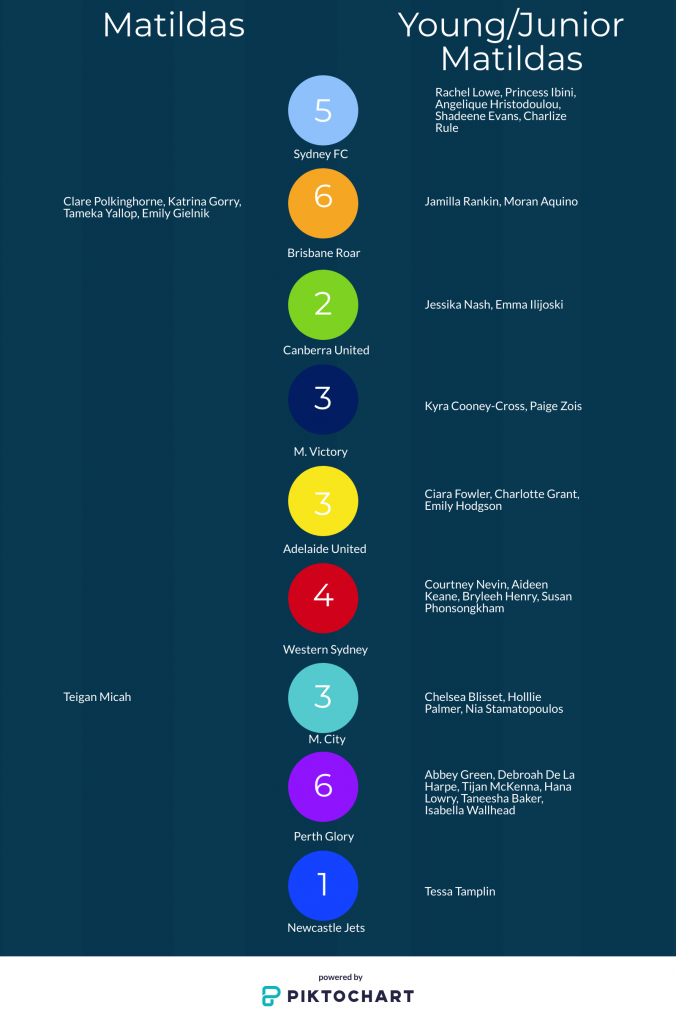 Looking at the number of Matildas squad members involved in the 20/21 season, things begin to take a turn.

Brisbane Roar still leads the pack with four Matildas on the side along with two youth representatives, while Perth Glory has snagged six up and comers but has lost its lone Matilda Kerr.

Interestingly, only five existing players remain in the W-League. Many others have moved internationally to Europe, while others are in North and South America.

Furthermore, there is a more even spread in youth squad members across all teams this season showing potential for a similar trend to occur for the national women’s team in later years.

While Australia’s north-east appears to have had the greatest influence on the national side to date, this season’s numbers shows promise for a wider spread of players all over the country in the Matildas future.

As most players still date back to before the birth of the W-League itself, it will be interesting to observe the changing trends in team numbers in the future to discover if the north-east continue to produce what many deem the best of the best or if talent lays in other corners of the country.

Glory captains: Where are they now?