Revealed: The team with the biggest reliance on one player

We have all thought a particular club would be nowhere without a certain player, but until now we did not have the numbers to back it up.

It’s a huge detriment for a team to have an over-reliance on one player. What if they get injured or suspended? The club would fall apart on the field.

However, it’s still better than having no star player at all and it’s better to be higher than lower on the ladder, regardless of how they get there.

Even so, below we will go through each club’s reliance on their attacking third, measuring both goals scored and goal assists for the opening months of the A-League. For the purpose of this article, we have not measured a team’s goalkeeper or defence on the result of a game.

Because teams change season to season, we are also only looking at the 2020/21 A-League season to get the most relevant data.

We have run the eye over the major goal scorers and assisters for every team, and then revisited every game up until February 22 to be able to tell you: 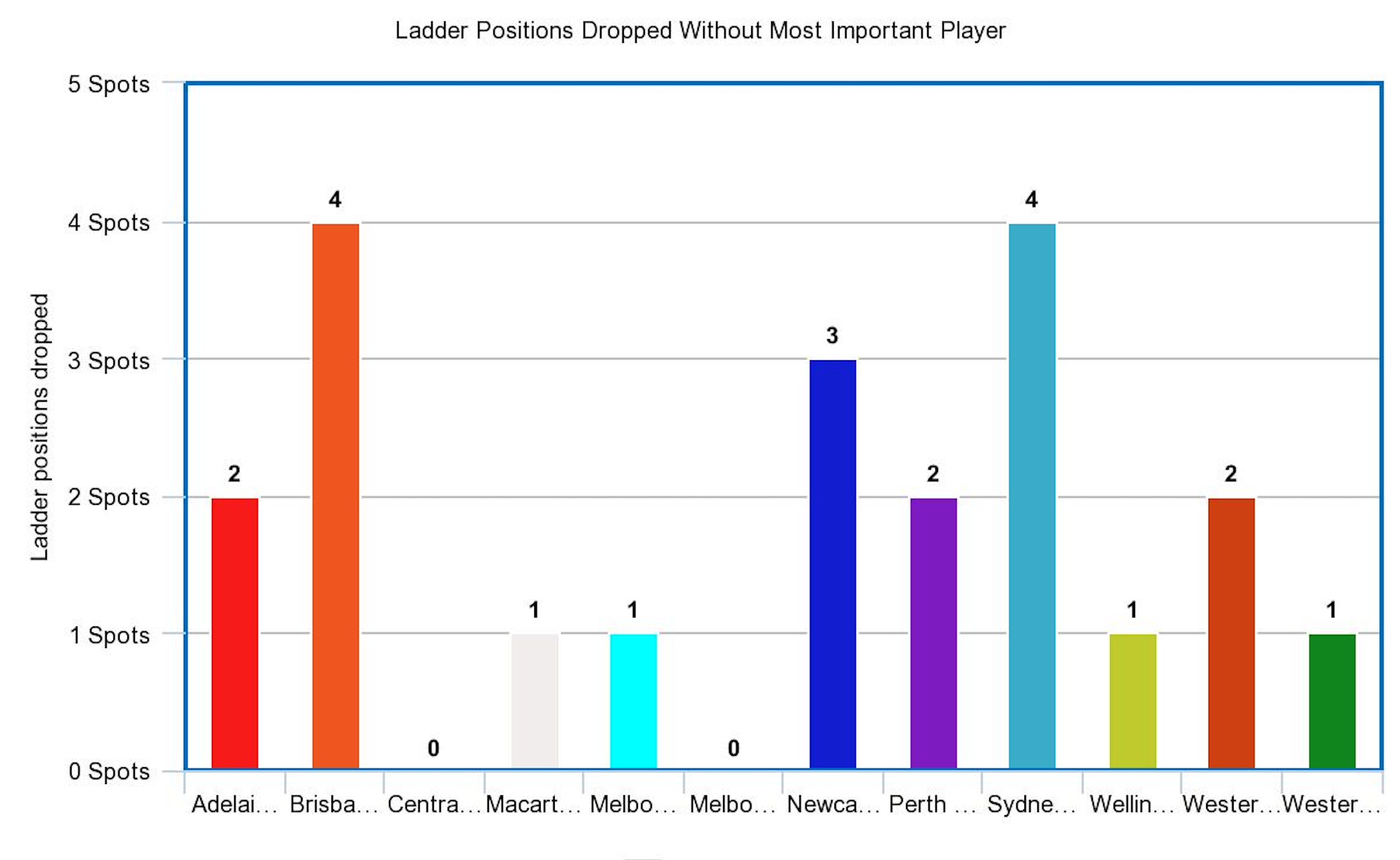 Currently on the ladder: 7th (10 points)

Currently on the ladder: 2nd (14 points)

Currently on the ladder: 1st (18 points)

Currently on the ladder: 3rd (14 points)

Without Brimmer: 12th (one point)

Currently on the ladder: 6th (11 points)

Currently on the ladder: 5th (11 points)

Currently on the ladder: 4th (13 points)

Looking at lt one way, it’s a tie between the Roar, Mariners, Jets, Glory and Sydney. All would have lost four points from the absence of a particular player, and all, except the Mariners, would have dropped numerous ladder positions.  However, we believe we have a winner.

Perth Glory had played five games, of which Neil Kilkenny’s had a direct influence over the result in two, or 40 per cent of games.

Kilkenny already leads the competition in assists from the limited games, and while it is only a small sample size to judge the club on, the trend would dictate Kilkenny having a significant say over the rest of the Glory season. Therefore, we have dubbed Glory the team with the biggest reliance on a single player, Kilkenny.

Why Melbourne City will win the A-League

The four codes of Australian footy analysed in Code Wars

Where are the former FFA CEOs now?