As Good as Goddard for Central Coast Mariners

Central Coast Mariners have added more international talent to their squad in the form of midfielder Cy Goddard.

The 24-year-old Japanese international has settled in the A-League Men after stints overseas and is ready to hit the ground running.

The decision to play in Australia was influenced by former teammate and now A-League rival Adam La Fondre last season.

“He said it’d be a really good league for me to develop and play, so a big factor was watching it last year and really wanting to be involved in the league,” Goddard said.

Born in London, Goddard spent 10 years in the Tottenham Hotspur academy, appearing in their U18, U21 and U23 teams.

Goddard then joined Serie B side Benevento in 2018, before signing with Mumbai City FC after a stint in the Cypriot First Division with Pafos.

Last season was big for Goddard, playing in 19 of Mumbai City’s Indian Super League matches. The midfielder carved out one goal and three assists, helping the team capture both the league winner’s shield and ISL trophy.

It's #FlashbackFriday and we're still in awe of this sublime strike from @GoddardCy! 💙#AamchiCity 🔵 pic.twitter.com/Z5FTixpYA2

These experiences have made Goddard a fast learner, intent on carrying his finals experiences and successes into the Mariners squad.

“I’ve learnt a lot from the experiences going abroad with different managers and different players, and really picking up things that I can improve on my game,” he said.

“I want to add towards my game and be the best player that I can be on the pitch this season, to really help the team improve and have a good season this year.” 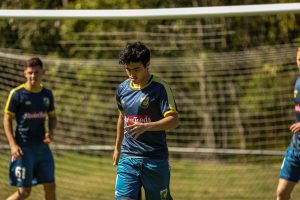 With weeks of pre-season training and one trial match under his belt, Goddard is shaping to be a diverse utility.

While a small figure, his quickness and agility with the ball will prove deadly against opposing defenders in the middle and out wide.

Head coach Nick Montgomery has already laid some pointers to get the best out of Goddard.

“It’s positioning where he wants me to get a good attacking area so I can show myself on the ball and for me to be aggressive on the ball and try create as many chances and make as big an impact as I can,” Goddard said.

Committed to his Japanese heritage, representing Japan’s national side is a goal of Goddard’s.

Previously representing the Samurai Blue at youth level, Goddard believes quality performances for the Mariners may bolster this goal.

“As long as I’m performing well here, I’ll have the opportunities in the future,” he said.

“Really just gonna keep my head down this year and perform the best I can.” 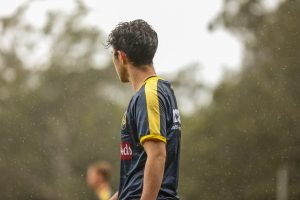 The Mariners play their first game against historic F3 rivals Newcastle Jets in two weeks and an A-League Men’s debut could be on the cards for Goddard.

“All the boys are really looking forward to it and I can’t wait until it starts.”

With goal-shy Western Sydney Wanderers just beginning to gain momentum in the A-League Women, there were high hopes for another three points against Melbourne...

Up 2-0 against Brisbane Roar, Wellington Phoenix felt the weight of finally experiencing a lead, and this weight got the better of them in...

Reigning A-League Women champions Melbourne Victory hit the ground running this season but have shown signs of weakness in recent weeks. Semester Summary: After a...

The A-Leagues need a COVID bubble

Derbies to the rescue for the A-League Men

Mariners a class above APIA Leichhardt in FFA Cup

Consistency a threat in the long haul for Mariners