Some of Australia’s finest footballing talents have been products of the Westfields Sports High School’s football program. With the addition of two former students Jason and Glen Trifiro, Australia’s football future there seems even brighter.

The football program at Westfields Sports High is undoubtedly one of the most successful development training programs for young footballers in Australia.

A technical-based program intended to finetune a young player’s skills in all aspects of football, the school has helped created the best of the best.

Kory Babington, the director of football at Westfields Sports High School, rightfully believes that their program is one of the best.

“Well, if you look at the last World Cup in Russia when over 25 per cent of the players are from one school, I don’t even think any other A-League team could say that,” Babington said.

“We’ve had over 80 players in the last eight years play for the [Australian] national team.

“As far as a development program, it’s probably one of the best in the country.” 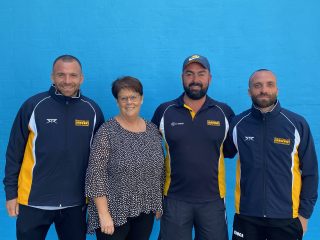 The school’s ability to polish and enhance a student’s talents has given the school its well-deserved reputation.

It has ultimately led to Sydney-based A-Leagues clubs and NPL clubs being riddled with the products of Westfields Sports High.

Despite the vast success, the school aims to help players achieve the highest pedigree of Australian football – to be able to play for the national football team.

“For us as a school it’s a matter of refining and improving each individual,” Babington said.

“So they can then be picked by professional teams and the national team.” 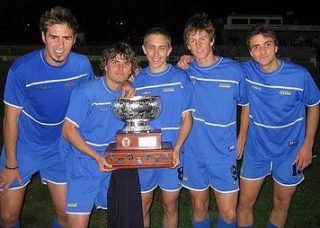 The Westfields Sports High football program will look to bolster its significant success, by adding former students and professional A-League players Jason and Glen Trifiro to their coaching staff.

“It’s a massive coup for us. It’s massive because they’re former students of the school, they understand and love the place, they have a serious passion and affiliation with the school,” Babington said.

“Their tremendous work ethic is what we look for in staff that and from a technical perspective, they are excellent at breaking down skills, and understanding not only the Westfield’s way but what a good technician is.” 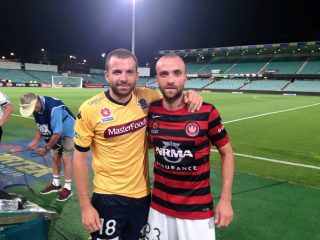 Jason represented Melbourne City and Western Sydney Wanderers in the A-League Men and was a part of the AFC Champions League-winning Wanderers team in 2014.

Glen represented Central Coast Mariners in the ALM and plays for Sydney United in the National Premier League.

The pair already have a significant amount of coaching experience as they run their own football academy called Futboltec. 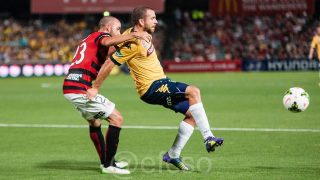 Coupled with the fact that they understand the school’s values, ways and standards as former students, the addition of the brothers is an equation for more success.

“We are working with the best talent in the country.”

The players Glen and Jason will be coaching are surprisingly young. But according to Glen, refining the talent when they are young is the best possible solution.

“Football is the biggest thing in these students’ lives and we’re helping to build the kids when they’re eight years old. Not when they’re 13. We’re giving them a head start,” he said.

“That’s the reason we’re good at what we do and why we’re getting the results.”

Glen believes that Westfield Sports High has the perfect program for a footballer’s career.

With education to accompany the growth of young Australian footballers, the former player aims to teach the next generation of talent that good communication and education are the key to becoming an even better footballer.

“The focus should be about being the best at everything they do, no matter about football,” he said.

Min-Gyu Shim
Bachelor of Journalism student at UQ, and a full time football fanatic. Covering Brisbane Roar for the 2020/21 season.

The A-League Men must fix their scheduling of matches

Moon confident Brisbane Roar can bounce back next season