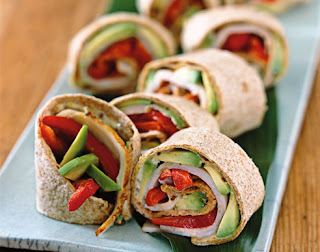 Week 6 started off again at Blue Tongue stadium where the Central Coast Mariners took on their second Melbourne opponent in two weeks.
Melbourne Heart were out to turn around their Round One loss to the Mariners and had Michael Beauchamp and Dean Heffernan making their first appearance back at Blue Tongue after spending the first few seasons with the Gosford based team.
Daniel McBreen scored for the second week running putting a brave header past Clint Bolton after 20 minutes. Oliver Bozanic was brilliant all night and justifiably was picked in Aurelio Vidmar’s Olyroos team today. Bozanic’s crossing is close to equal of any in the league from what we have seen so far this season. Beauchamps return to Bluetongue was soured after half time as he was straight red carded for head-butting Bozanic and will now miss Hearts next two games. The Mariners controlled the majority of the game until John Aloisi came on as a substitute with ten minutes left and had two excellent chances to steal a point at the death but it was not to be. 1-0 Mariners who now sit equal second and have Argintine excitement machine Patricio Perez back this week.

Saturdays early game had bottom of the table Sydney FC cross the ditch to take on the Wellington Phoenix who haven’t lost at the cake tin for an amazing 23 matches.
Paul Ifil was brilliant from the outset and in front of another healthy and vocal crowd the ‘Nix put on a very attacking display. The Football Sack’s own Ben Sigmund won a (soft) penalty after half time and Ifil who has now scored three goals in five games duly tucked that away.
Sydney FC’s Brazilian recruit Bruno Carazine who was guilty of giving away the penalty, levelled the game on 67 minutes with some clever interplay with Bridge. The scores only remained level for a full five minutes with Phoenix débutante Nick Ward putting his nomination forward for goal of the season with a cracking drive from outside the box which left Sydney FC custodian Liam Reddy no chance. Former Victory and Glory midfielder Ward is capable of anything but from the outside seems to lack the drive to take the next step in his career. Maybe Wellington will be the springboard for that step where the lure of getting his photo taken at every fashion label opening nights will be harder to maintain.

Cash strapped Newcastle Jets travelled to highflying Adelaide United for Saturday night’s game and never really looked like they were in the game in front of close to 10,000 fans.
Young gun Matthew Leckie got himself on the score-sheet again with a header from an inch perfect Cassio cross. Eugene Galekovic was also at his best with some great saves. Eugene has obviously been spurred on from his constant non-inclusion in the Football Sacks Team of the Week (which can be found here). Argentine Roberto Flores then put his second nomination forward for goal of the season with a hypnotic run through the centre of the Jets defence that started just in-front of half way and finished with a shot across Ben Kennedy from just inside the box.
Sergio Van Dijk was unlucky not to have his name on the score-sheet soon after, having been flagged for offside.
Some horrible defending by Iain Fyfe and Cassio allowed Rooney to peg back a consolation goal in the 90th minute and a second would have been highway robbery for a team that never looked in the game. The Reds are now three points clear on top of the A-League table and look certain to be a heavy weight come seasons end.

Sunday’s game was the battle of the team who can’t score but won’t concede against the team that concedes at will but scores regularly. Brisbane Roar’s first visit to Victory’s AAMI Park.
The first half was more like a game of chess with both teams happy to pass the ball around with neither team looking likely to score (One Henandez super free kick aside)
The Second half was a different story though after Ernie Merrick made two substitutions at the half, bringing on attacking Tom Pondlejak and Billy Celeski for Mate Duganzig and Geoff Kellaway. These subs were a masterstroke with Pondlejak opening the scoring in the 51st minute (the first goal from open play at AAMI park), then Ricardihno putting one through and past Luke Devere and former Melbourne star Michael Theoklitos (who had not conceded a goal in 876 minutes of football). Ricardihno had been hailed the prince of the dribble and the Victory crowd got a glimpse of why.
Carlos Henandez showed he was inching closer to last years Johnny Warren Medalist winning form with an outstanding display of poise, passing and entertainment that led to Brebners nomination for goal of the season. Victory ran out comfortable 3-0 winners. Injuries to Henrique and Kevin Muscat will see both players miss a decent chunk of the season.

Sunday’s late game was Perth Glory vs. Gold Coast United at NIB stadium in front of another 10,000 plus crowd (who said the A-League is in trouble?).
Bruce Djite got his first start for Gold Coast after being recruited to fill the void left by Shane Smeltz. The Perth crowd were silenced though after 23 minutes when Socceroo Jason Culina nudged through a goal on the second attempt following a perfect cross from Fitzsimmons. Culina was instrumental all day and Perth again played a very physical style (if you can call it style) of football. How Jacob Burns is yet to get a red card is amazing. Adama Traore was very solid at the back for Gold Cast whilst also providing plenty of attack when he went forward. His tendency to also go down with every glancing blow became very annoying to both the Perth and neutral supporters. Glen Moss in goal for the Gold Coast put in his best performance in some time to keep a clean sheet and made a very important one on one save from Robbie fowler. Culina had the ball in the back of the net a second time after half time but was flagged correctly for offside. Perth were due for an off day and this was it, Credit to Gold Coast who have now had two byes in four weeks, maybe some continuity to the season will see them climb to where many predicted they should be come seasons end.

Hero of the week
Great goals
Brebner, Ward, Flores, Ricardihno, take you pick, and vote in TFS poll for goal of the week.

Villian of the week
Luke DeVere
Ruining Michael Theoklitos’ fourteen and a half hour goalless streak with two schoolboy errors. Normally as solid as a rock the promising defender will need to put this performance to bed and jump back on the horse for next week.