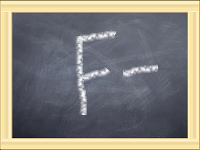 Semester Summary
The season started superbly with a club record attendance on the opening day of the season for the visit of North Queensland Fury and new signing Robbie Fowler’s debut. Glory led the league after five rounds but has won just once since and they have slid right down the table to second from bottom. Coach Dave Mitchell was moved ‘upstairs’ and replaced by assistant Ian Ferguson but the change has done little to alter the fortunes of the most undisciplined side in the A-League. Crowds have dwindled at nib Stadium and, after reaching the playoffs last year, it’s safe to say that the club are going backwards.

Areas of Excellence
This is a real head scratcher as the whole team has been collectively awful, and no player is worthy of escaping criticism. As something of a cop out, I’ll say the away support as there has been a significant Perth presence at a lot of the away games over east. The recent defeat to Sydney was a prime example when the Shed on tour rather comfortably outsang the home supporters.

Areas in need of improvement
Everywhere. From the goalkeeper right through to the forward line, everybody needs to up their game. The side is littered with too many below par players who would struggle to cut it in the State League, never mind the nation’s top tier.

Top Students
It will be one of the hardest tasks of all time to pick the Most Glorious Player for the season, but there are two contenders who have at least put in a better shift than the rest of their teammates. Robbie Fowler has proven a worthy signing and at the time of writing he sites joint top of the goal scoring chart with seven goals. He may not have the legs anymore but his all round play has been good and it is beneficial for the youngsters to have him at the club. The other honourable mention goes to Scott Neville who has continued to grow into an excellent right back. The only concern is that Ferguson is relying too heavily on him and has deployed the Socceroos youth international out of position and centre half and in midfield on a number of occasions. It is important that he is allowed to learn one position and there’s no doubting his ability to excel.

Class Clowns
Where do you start? I imagine Glory training sessions to be a bit like that episode of The Simpsons where Homer enrols in clown college with the players trying to navigate loops on tiny tricycles. It would certainly explain on field performances and the inadequacies of the group are there for all to see. Naming names though, you can’t look any further than Naum Sekulovski. An average defender with an average left foot and an even worse mentality, the defender has been sent off twice in recent weeks for regular displays of idiocy. His partner in crime at the back, Jamie Coyne, must be making a career off his brother’s name as there is no way he is cut out for a regular spot in an A-League team. The next generation of liabilities is currently making its breakthrough in the form of Brent Griffiths. Booked in every game so far, he also has two red cards to his name, though when you consider that his skipper is the biggest hatchet man in the league then you may be tempted to sympathise a little bit.

Grade
What comes below F?

Outlook
Bleak. The recent win of Melbourne Victory was a pleasant surprise, but normal service has since been resumed. With suspensions and injuries mounting it’s hard to see where Glory’s next win will come from. As the defeats mount and the crowds get smaller and smaller will Tony Sage pack it in? Don’t be surprised.