The Crossbar: Slap and tickle (without the tickle)

February 26, 2012
We now face the real possibility of the Hyundai A-League finals being played without the teams with the biggest TV market audience involved, which with a TV rights deal upon us is a slap in the face for Ben Buckley and co. Speaking of slaps, what on earth was @10HenriqueSilva thinking, and will @JacobBurns07 be punished for his initial contact? 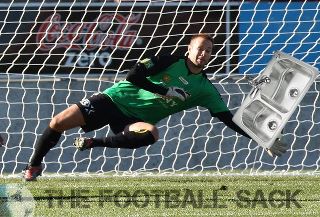 The Jets ended what slim chances Adelaide had of sneaking into sixth place with a lacklustre 1-0 win at Hunter Stadium on Friday night. A @Elrich11 goal five minutes before half time was all it took as Eugene Galekovic now goes 10 games without keeping a clean sheet. Over 10,000 fans were at the game – a decent crowd all things considered.

Sydney’s finals hopes took a beating when they threw everything except the proverbial kitchen sink at Wellington after Paul Ifill got the Phoenix in front after 13 minutes. With a plethora of chance to Antonis, Cazarine, Carle and even McFlynn it was Beachamp who scuffed the best one.

Melbourne Victory kept their impressive run of draws humming along, this time against Clive Palmer’s much heralded under 23 team at Skilled Park. Captain @AdrianLeijer was a late withdrawal and will in fact be out for the rest of the season, much like his team-mates who are now only a mathematical chance of making the top six. It was a good day for plump men Australia wide when @MaceoRigters and Carlos Hernandez both scored for their respective teams on Saturday. Zac Anderson got a like last week and he’s getting one again this round, but we are ever so impressed with the way he goes about his business both on and off the field. 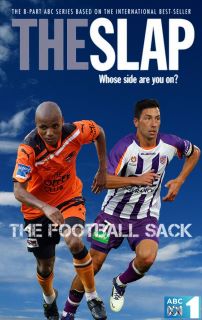 Brisbane traveled across the west and it was a case of
No Broich = No worries as @BesartBerisha7 went on his merry goal scoring ways with two goal at the Shed end to help the Roar cement second spot and a mouth watering two legged Grand Final rematch awaits. Perth on the other hand look wobbly going into the finals race with two losses from their last three outings. Roar only sit three points behind the Mariners with a slightly better run home.

MelbourneHeart 1 def CCMariners 0
Big bad Eli Babalj was the difference between these two in another epic encounter at AAMI Park. JVS went completely opposite to the last time they played and let the Mariners have the majority of the possession only to enforce the use of the ball when Heart did have it. Clint Bolton was the hero after guessing the right way to a Sutton penalty and then saving the follow up. The game was very spiteful with nine yellow cards dished out and both teams were lucky there wasn’t more.

1. Besart Berisha. 17 goals for the season, two away from Shane Smeltz’s record for a season. @CJPelican
2. @ZacAnderson4. Instead of handing out gimmick captain’s armbands, it should have gone straight to this guy. Quality footballer, quality leader. Halloran and co, getting the plaudits and deservedly so, but this guy is equally impressive.
3. @Socceroos‘ new away strip. Better than the ‘Best and Less’ themed one we currently have.
4. Putting a sticker on your kit ‘cos you’re our fearless leader (Palmer). @Sam_JFMc
5. Our nominations in the FFDU awards, you can vote for us here.
What went over the Crossbar (Dislikes)
1. ‘The Slap’ warrants its own dislike but the initial elbow by Jacob Burns borders on thuggery.
2. The rumours floating around the Fire Sale at the Gold Coast. They’re starting to get a bit of the Inglis thoroughbred sales about it.
3. Aziz Behich’s diving. That’s bad enough but leaving the trailing foot in and collecting Mat Ryan in the face is worse. Do something about it FFA.
4. Day time kick-offs when its 34 degrees and there is no other game that day. Think about it FFA, it just doesn’t make sense for a summer sport. @hardsy05