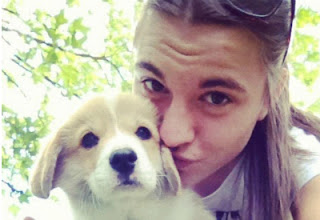 Last week in Geelong against Newcastle, we got our first taste of victory for the year. I felt an overwhelming feeling of happiness but also a massive amount of relief as I was glad that our season had finally begun.

We have such a great group of girls in the team, every single one of them is dedicated and works extremely hard. And now, with some very talented internationals joining our team, a starting eleven position is very hard to maintain. This makes training very competitive and very enjoyable; the sessions are intense and full of quality that keeps getting better and better with every week that we are together.

The game was an example of the hard work we’d put in at training throughout the weeks and the discipline that Mike Mulvey has introduced to us as a squad.

We found ourselves in a very difficult position during the game on Saturday as we’d gone up 1-0 early and couldn’t find the back of the net on many other occasions. This particular score line is extremely difficult to hold and takes a lot of discipline and hard work, which is exactly what we did and we managed to hold on right until the very end to secure our first three points.

The goal came from an unlikely source in Rebekah Stott. At training, she scores goals left right and centre so in many ways I was not surprised to see her waving her arms everywhere with a huge grin on her face once the ball was in the back of the net.

Stotty was again one of our best players on the day and I also thought Enza Barilla, who is having an incredible season, was very strong in the middle of the park and worked extremely hard throughout the entire match.

After the game I wasn’t really allowed to rest up because a new puppy arrived in the Catley household and he refuses to sleep! His name is Bentley, he’s a Corgi and he’s eight weeks old. I haven’t asked any of the girls yet but I’m assuming because he’s ridiculously cute, he’s taking on the role as team mascot.

This weekend we fly to Sydney to take on Sydney FC. With another solid week of training under our belts, we’re feeling confident that we can not only compete with Sydney on Sunday but get a result out of the match.

The game is at Leichhardt Oval at 4:45pm so if there’s any Melbourne supporters in Sydney, please come down and show your colours, we’d love to see you there!

Read all of Steph’s columns for The Football Sack.

Winner of 2011/12 Female Footballer of the Year in the Australian Football Fan Awards, young star for Melbourne Victory Women Stephanie Catley is a current Matilda and is a born and bred Victorian. Catch the W-League every week at your local ground or if you can’t make the game watch it on ABC1.