Football Federation Victoria is going through a hefty transition period at the moment and they’ve got just the man for the job. Wait, sorry, woman. Her name is Cathy Acocks and she’s just been appointed the interim Chief Executive Officer of FFV.

It’s one of Victoria’s oldest sporting associations but in FFV’s one hundred and thirty-two year history there’s never been a woman at the helm. Acocks is the former CEO of Outdoors Victoria and brings skills in business planning, policy development and stakeholder engagement to the new role, all the behind-the-scenes happenings football lovers take for granted when the game is prospering. Perhaps what’s most striking of all, though, is the fact that there will finally be another female CEO at the Football Federation Australia conference table. 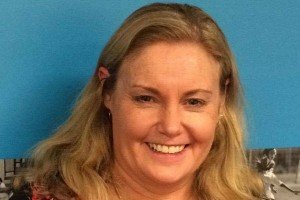 Someone who knows what it’s like to be in the minority at that table is the ACT’s outgoing Capital Football CEO Heather Reid. At the beginning of her 12 year tenure, she says, it took more than a few goals scored to prove that she was more than just a token female.

“When I left, there were none, so I think it shows the FFV is prepared to take somebody because of their skills and not necessarily worry about the gender,” Reid said.

“I think in any male dominated area, particularly where there’s a certain amount of sexism and chauvinism around the role of women within those organisations, whether it’s sport, engineering or IT, women do have to work twice as hard and often twice as long in order to prove that they are capable.”

But Reid is not one to drag on any inherent sexism within the Australian football. She reminds me that it was a 24/7 job that would have been demanding on anyone. Certainly, women in football have had a good crack. Michelle Phillips headed Football West before becoming CEO of Perth Glory in 2006 and Eugenie Buckley was the Director of Football Queensland for a couple of years before becoming Match Commissioner for the Asian Football Confederation.

But the road hasn’t been easy. Back in 2012, one of Australia’s most respected sports administrators, Bonita Mersiades, called Tony Abbott a “pussycat” compared to the men who ran world football.

“If they think the members’ dining room at Parliament House is a boys’ club, they should really try sitting around the table of a management meeting of one of the major sports,” Mersiades said at the Asia Pacific World Sport and Women Conference.

At the time, there were two female members on the boards of 10 A-League clubs, a number that satisfied the quota for gender diversity. Now, it’s clear that the standard is much higher. The FFV alone can count three women out from their eight-person board and if Acocks gets the permanent gig, she’ll be the fourth female to head up an FFA Member Federation.

“She’s not just representing for women, she just happens to be a woman.” Reid reminds us.

“It’s not sufficient to simply look at the woman at the table and say, ‘she’s the woman’s representative’. Everybody has a responsibility to be a voice for women at the table.”

An end to exclusive blokeyness in the top levels of football can only mean the start of accountable gender diversity, and that, my friends, is something the table could use.

Round two for Matthew Ridenton at the Phoenix

After a brief spell across the ditch at the Newcastle Jets and Brisbane Roar respectively, a return to his boyhood club to finish what...
Read more
Featured

No signs of second season syndrome for Sotirio

Now in his second season at Wellington Phoenix, Jaushua Sotirio has high hopes for himself and for his team. With his versatility and speed,...
Read more

Round two for Matthew Ridenton at the Phoenix

After a brief spell across the ditch at the Newcastle Jets and Brisbane Roar respectively, a return to his boyhood club to finish what...
Read more

Jade Toomey
A 20 year old Media and Law student trying to tame those stream-of-consciousness writing habits with an ickle bit of fun at the Central Coast Mariners.

Rio Olympics for Dummies: Who are the Matildas?

When the Westfield Matilda's edged closer and closer to qualifying for Rio back in March, 7mate saw a parallel rise in television ratings. Australians everywhere...
Read more
Uncategorized

Being a referee is no walk in the park. It’s a job for the thick-skinned and those uncaring of copping abuse from passionate fans....
Read more
A-League

A season of challenges has Walmsley self-reflective

After a season of waiting for the penny to drop, Mariners head coach Tony Walmsley has conceded that his wooden spoon team has some...
Read more
A-League

The Mariners proved that they still have a lot to learn going down 4-2 against the Newcastle Jets in the F3 Derby and final...
Read more