Many football purists hate the concept of the A-League finals series. To their dismay, it might just be the best thing about Australian football.

The concept of finals is at the heart of the Australian sporting landscape so it is no wonder that the A-League follows suit.

Many football traditionalists are against finals because no other major league uses them. Sure, but why do we have to be like the rest?

It is the opinion of many that the English second tier competition – the EFL Championship – is the most fun domestic league to follow. That is largely thanks to a finals-like structure which allows any team finishing between third and sixth to gain promotion via a thrilling knockout competition.

This is also applicable for the A-League with large crowd numbers at all non-Covid grand finals, including 56,371 at the latest unrestricted A-League Grand Final between Perth Glory and Sydney FC in 2019 at Optus Stadium.

The interest in grand finals are further enhanced by TV ratings of over 400,000 in Australia alone – not to mention overseas audience, Kayo and other streaming figures. Compare those numbers to regular season matches and it’s chalk and cheese.

For those who want to scrap finals and give up such impressive numbers, then it is unlikely that you care about ratings at all and that’s totally fine. For some, this argument is simply a matter of sporting integrity.

“We won the league by 14 points and weren’t seen as champions,” said Alex Brosque back in 2018.

While this may seem like a good argument to scrap the finals series, doesn’t it send the opposite message?

Despite taking an anti-finals stance, Brosque is implying that the public genuinely loves Grand Finals winners more than it does Premiers. It’s not something anyone can control.

After all, why continue watching the A-League if your team is sitting isolated in a hypothetical fifth spot with only a handful of games left?

If football traditionalists value Premiers higher than Champions, then they can continue do so but their sentiment is only representative of a vocal minority.

After all, a 2018 poll held on the A-League website shows that the top six greatest moments occurred during finals. Clearly, the occasion matters just as much as the highlight itself. 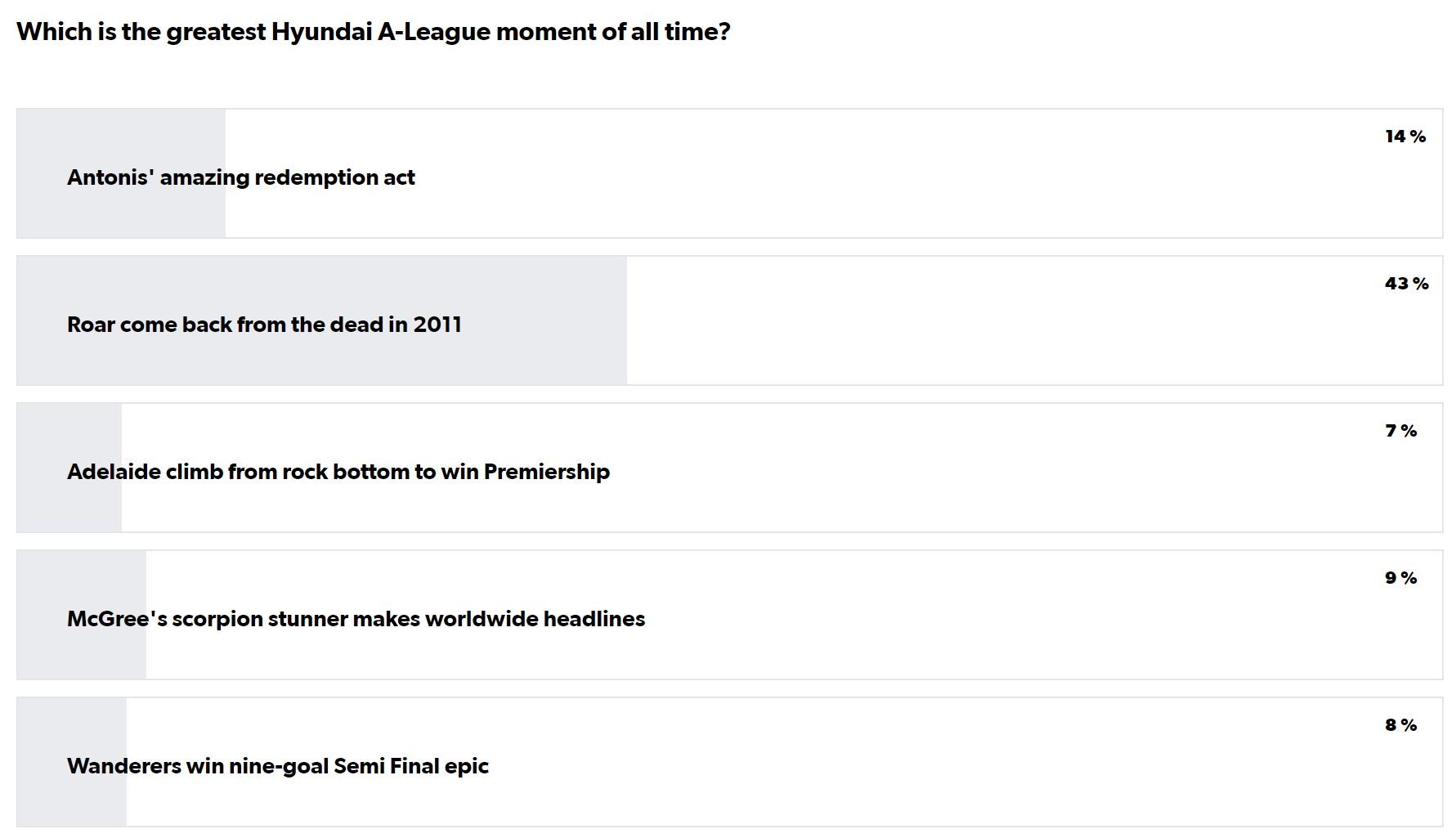 Nothing really comes close to the pre-game nerves before a big finals match in the A-League. If your idea of fixing the league involves removing what the fans truly love, then your priorities are wrong.

Kevin Muscat summed it up perfectly for SEN Radio two years ago.

“Finals is something that is engrained very deep in our veins, I don’t think that can be replaced”.

A-League finals are here to stay. Embrace them.

When measuring the success of a sports club, titles tend to be the first point of reference - but what about winning on a...
Read more
A-League

After the AFL dashed the hopes of Tasmania having its own football team, Western United have stepped in to bring football to the state. AFL...
Read more

Newcastle Jets will look to increase their unbeaten run to six games when they face Wellington Phoenix at McDonald Jones Stadium. The Jets are coming...
Read more
A-League

Stricter new COVID restrictions at AAMI Park have resulted in backlash from fans, as it appears double standards are at play between general entry...
Read more
A-League

Those who regularly attend A-League games can save themselves money by becoming a club member. Unfortunately, not every club's membership offers ways around unwanted...
Read more