By the numbers: The best A-League Men rivalry

Club rivalries produce some of the best matches in football, and the A-League Men is no different. But which rivalry is the greatest? The Football Sack delved into the numbers to answer this very question.

There are many rivalries in the A-League, however, there are five that stand above the rest. These are:

All of these rivalries have had some fantastic moments and derbies over the years, however, we wanted to determine which one out of the five has been and is still the most exponential.

To determine the ultimate ALM rivalry each one will receive an overall score out of 100, depending on how they score in five different categories. As some of the categories are more important than others, the worth of each category has been weighted differently.

Note: How each rivalry scores has not been determined by personal opinion, rather through thorough research and statistics. Any pre-season or FFA cup matches have not been included. Enough chat, let’s do this!

Overall competitiveness is the most important category in this study as it dictates how competitive each rivalry has been over the years. Although it may be awesome for one group of fans. if their team has dominated the other during a rivalry, it is not much of a rivalry if one team is always winning.

To determine the overall competitiveness of each rivalry, the complete match-up record has been studied for each as well as the current standing goal difference between the two sides. 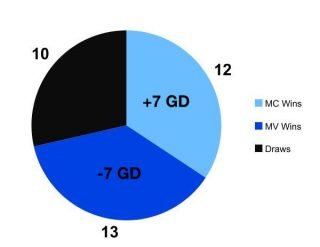 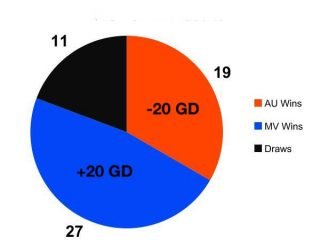 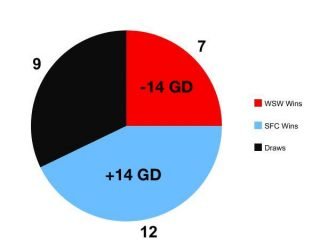 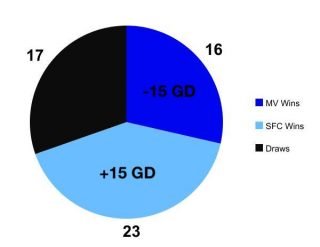 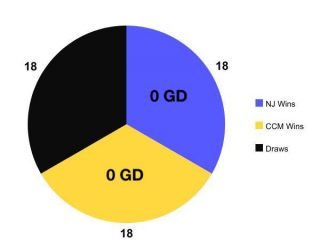 There is no doubt that in terms of overall match-up statistics the F3 Derby has remained the most competitive over the years. In 54 matches the sides still cannot be split in terms of both wins and goal difference, however, there have been moments where one side has dominated the other such as a 8-2 win for Newcastle in 2016.

The Melbourne Derby has also remained very competitive. Victory have a slight advantage in the win column, but City are just one win behind their rivals and they have also scored more goals.

The Original Rivalry is the most uneven of the five. Victory have clearly dominated the Reds, winning eight more match-ups and scoring 20 more goals. The Sydney Derby and the Big Blue have also been relatively skewed with Sydney FC controlling both matchups.

Scores: (In order of first to last)

Crowed attendance is another extremely important element in determining how monumental a rivalry is. It shows how engaged the clubs fans are with the particular rivalry and shows how much they care about seeing their team win a particular match-up.

We studied the average crowd attendance for each of the five rivalries. 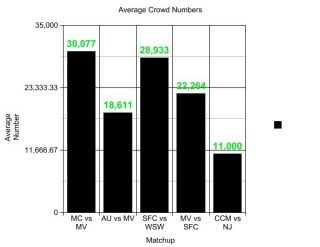 It is interesting to see that the average crowd attendance at a Melbourne Derby game is almost three times the number that attends an F3 Derby. The numbers may be slightly affected by the cities and stadiums the matches take place in, however, it is clear that both the Melbourne Derby and the Sydney Derby are by far the most attended by their fan bases. The F3 Derby has struggled to draw big crowds in, especially recently.

The Original Rivalry and the Big Blue also are attended by a respectable number each time they take place, which is very impressive considering they are two of the longest standing and most played matchups in A-League Men history.

Beating another side in a final can add fuel to the fire of any rivalry, especially if it is in the big dance. Below is a table that shows the amount of time each club has come up against its rival in a final, as well as who came out on top.

Grand finals have been separated due to their significance, ‘any other finals’ means semi-finals and preliminary finals.

The Big Blue is a clear leader when it comes to its two sides clashing in a finals match and this is understandable considering how long the rivalry has existed. However, we still cannot take for granted how much three grand finals and five other finals matches fuel the fire of a rivalry.

The Original Rivalry has also had its fair amount of drama in finals, and Melbourne Victory have also come out on top in every finals match the two sides have played. This inability for Adelaide to beat their rivals in an elimination game only builds more bitterness between two opponents.

The F3 Derby has also included some finals match-ups, while unfortunately the two youngest rivalries, the Melbourne and Sydney Derbies, have only combined for one finals match played between them so far.

How rough the derbies are

By studying the amount of bookings that have been made during these five match-ups, we were able to get a good understanding of just how rough these derbies are whenever they are played (green background means the most for particular section).

In terms of bookings per game, the Melbourne Derby comes out on top, producing almost six bookings a game as well as provoking a straight red every five games. The Original Rivalry has been played 22 more times than the Melbourne Derby and sits just behind on average bookings.

The Big Blue sits second to last on average bookings but it is the rivalry that was produced the most straight reds, with one occurring every 4.6 games. The Sydney Derby lies in the middle in terms of average bookings, while the F3 Derby is the least rough of the five match-ups, producing only slightly more than four bookings a game as well as just 10 overall send-offs in 54 encounters.

X-Factor moments are incidences or games that make a rivalry just that bit more special. Whether it be one team smashing another, or controversial moments there have many X-factor moments that have occurred during each of these rivalries. Here are three of the more memorable ones for each:

All the rivalries have had their X-Factor moments that have made each rivalry special and more intense. Due to this being the only category that has not been determined by specific stats or an algorithm, each rivalry will score 15!

The results are in…The Melbourne Derby comes out on top!

It is followed by the Big Blue, Original Rivalry, F3 Derby and lastly the Sydney Derby.

Of course, it is still up to personal opinion which rivalry each fan prefers but this particular method has used research and statistics to determine that the Melbourne Derby is the best  overall rivalry in the A-League Men.

What do you think? Is the Melbourne Derby the best rivalry?

This study used the help of Ultimate A-League and A-Leaguestats.com for statistics and research.

Harry Bartle
Harry is a young Journalist based in Wellington. He will be covering the Wellington Phoenix during the 2021/22 season for the Football Sack and has a love hate relationship with Ulises Davila

From development to possible contenders: How Wellington Phoenix turned their season around