In an effort to break up the usual onslaught of football content this time of year, The Football Sack has decided to take a look at those behind the content.

More specifically for this article, we will be sitting down with Tom Macrae who has been covering Macarthur FC for the 2021/22 A-League Men season.

Tom is currently studying a Bachelor of Communications majoring in journalism at Western Sydney University. 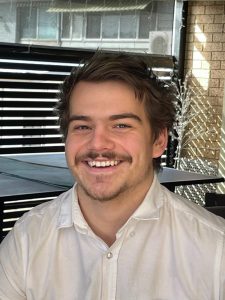 Tom has had a passion for sport for as long as he can remember but as he matured he realised, as many of us do, that making it into professional sports as an athlete was out of his reach.

“Once I realised, which was pretty early, that I wasn’t gonna be able to play sport for a living, I knew I wanted to do something in sport,” Tom said.

“Listening to commentators and then reading football journalism as well I realised that’s what I wanted to do because I’ve always liked English literature so why not combine the two.” 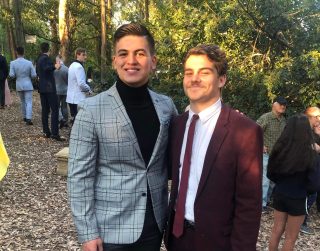 Commentating is where Tom’s thought process started in journalism and he admits that would be a great niche to slot into but he has also discovered a real passion for the written side of sports content.

“When I started thinking about doing football journalism that [commentating] was the end goal but having written more now, and reading more, I’ve found a love for writing as much as I could get from commentary,” he said.

Tom found out about the opportunity with The Football Sack through a lecturer at uni and once he had the scent it wasn’t something he was going to let slip.

Having researched The Football Sack before applying he quickly realised this was an opportunity that comes around very rarely.

“It’s not some internship where you’re doing the lame jobs around an office or anything like that, you’re actually a journalist going to games, interviewing people and writing articles. The second I saw that I knew this was something I really wanted to look into,” he said.

Speaking on the topic of his favourite experience so far through his TFS journey, Tom had a few highlights but undoubtedly his most enjoyable moment is simply seeing his writing published.

“Having your writing published and having your name next to it when it goes up and gets published for people to read it, that’s just exactly what I want to do and it’s been a pretty special feeling,” he said.

Getting the all-important game-day experience under his belt has also been a major positive for Tom.

With very few internships offering students access not only to games but to coaches and players for interviews, Tom believes this experience is truly one-of-a-kind.

“Whenever I tell anybody about the internship I’m doing and tell them that I’m actually going to games every week and going to press conferences, interviewing players, they can’t believe it, they’ve never heard of anything like it before,” he said.

“So I think it’s super unique and there’s no better way to get a young journalist into the field. I’ve never heard of anywhere else doing this sort of thing, it’s awesome.”

The donors that contribute to help The Football Sack operate can not be thanked enough for giving so many young journalists a real first taste of what their professional lives will be like.

Tom and I’m sure all of this year’s interns are extremely grateful for the donors and everything they do to provide this opportunity.

“Obviously, it couldn’t happen without them because they’re providing us with this huge opportunity so I’d just like to say a massive thanks to them and I let them know what they’re doing for young journalists in Australia is huge,” he said.

The Football Sack is always appreciative of donors, old or new, and the donors should feel confident in knowing that they’re helping grow the future of journalism in Australia.

“I’d also encourage anyone else who can give even a little bit because it’s hugely helpful and will seriously grow some great journalists,” he said.

Bill Hedley
Journalism under graduate at the University of Queensland. I have been a die-hard football player and fan for the past 16 years and am now a passionate multimedia Journalist, covering Brisbane Roar for the 2021/22 A-League season.