Kayo Sports – the self-proclaimed ‘Netflix of sport’ – has been out for about three weeks now.

Debuting in beta form on Wednesday 7 November, the full product was officially released this week on Monday.

Having subscribed almost immediately upon the beta’s soft launch, I’ve had a bit of time with Kayo.

So how have I found it so far? Like many, I’ve been impressed.

For those unfamiliar, Kayo Sports can be briefly described as ‘Fox Sports but online and cheaper’.

Kayo offers all 50+ sports available on Fox Sports – bar its Sky Racing, Eurosport and three Premier League club channels – in a Netflix-esque streaming platform for either $25 or $35 per month, depending on whether you want simultaneous access on two or three devices.

Kayo is currently available on Browser, ChromeCast, Apple TV, App Store and Google Play-supported platforms, with added support for Xbox One, PlayStation 4, Telstra TV and other brand-specific Smart TV platforms believed to be on the way. 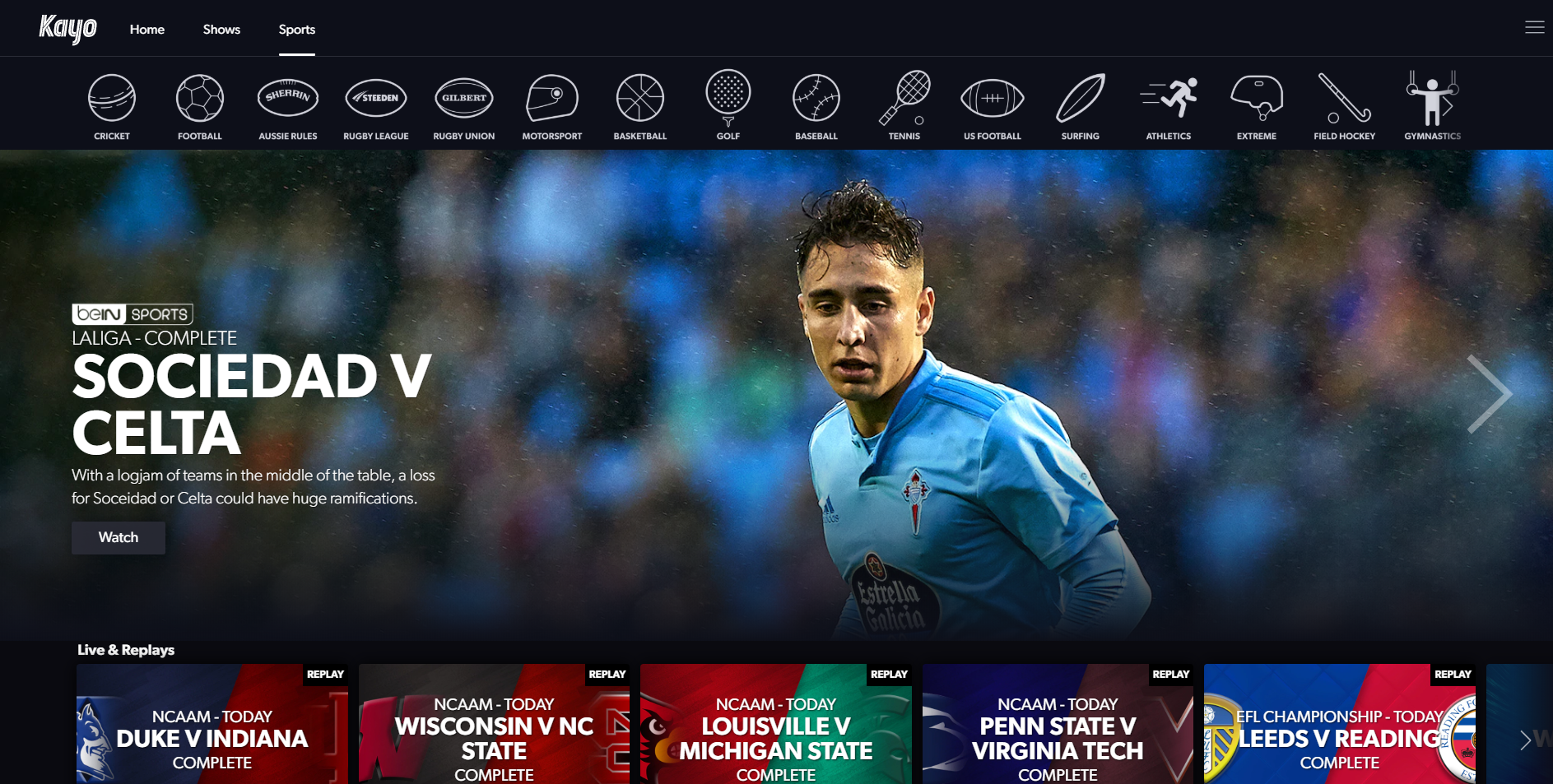 Borrowing much from Netflix, Kayo’s interface is well organised and easily navigable.

The personalisation of Kayo is nice, with users able to individually tailor the sports and other content – including documentaries, weekly shows and historic highlights – they want to see.

Upon opening Kayo, users are greeted with scrolling windows of live, recently played and upcoming games from their preferred sports.

Sports are each divided into individual categories via a collapsible top bar with the option to tune directly into a Fox Sport channel also available if you’re having trouble deciding what to watch.

While I didn’t use it much, split screen viewing of up to four sports at a time is another available feature.

Overall, the interface is easy to navigate and makes sense, which bells and whistles aside is all that really matters.

No complaints from me.

By far the best feature of Kayo is its pricing.

$25 a month ($300 per year) with no lock-in contract is good value considering the cheapest at which Fox Sports was previously accessible was $54 per month ($702 per year) through Foxtel Now.

And if you choose to split the cost with a friend or family member (like I am), the price looks even better.

My favourite thing about Kayo’s pricing (and likely its business model’s greatest strength, opening the possibility for massive market saturation) is that it makes pay-to-view sports far more accessible to low income earners like students and young people than it ever has been.

Previously only available as part of a Foxtel subscription, this is essentially the first time Fox Sports has been presented as a standalone product.

As a sports lover who grew up in a non-Foxtel household, Kayo’s affordability and accessibility is exciting. This is the first time I’ve ever had the ‘Fox Sports experience’. 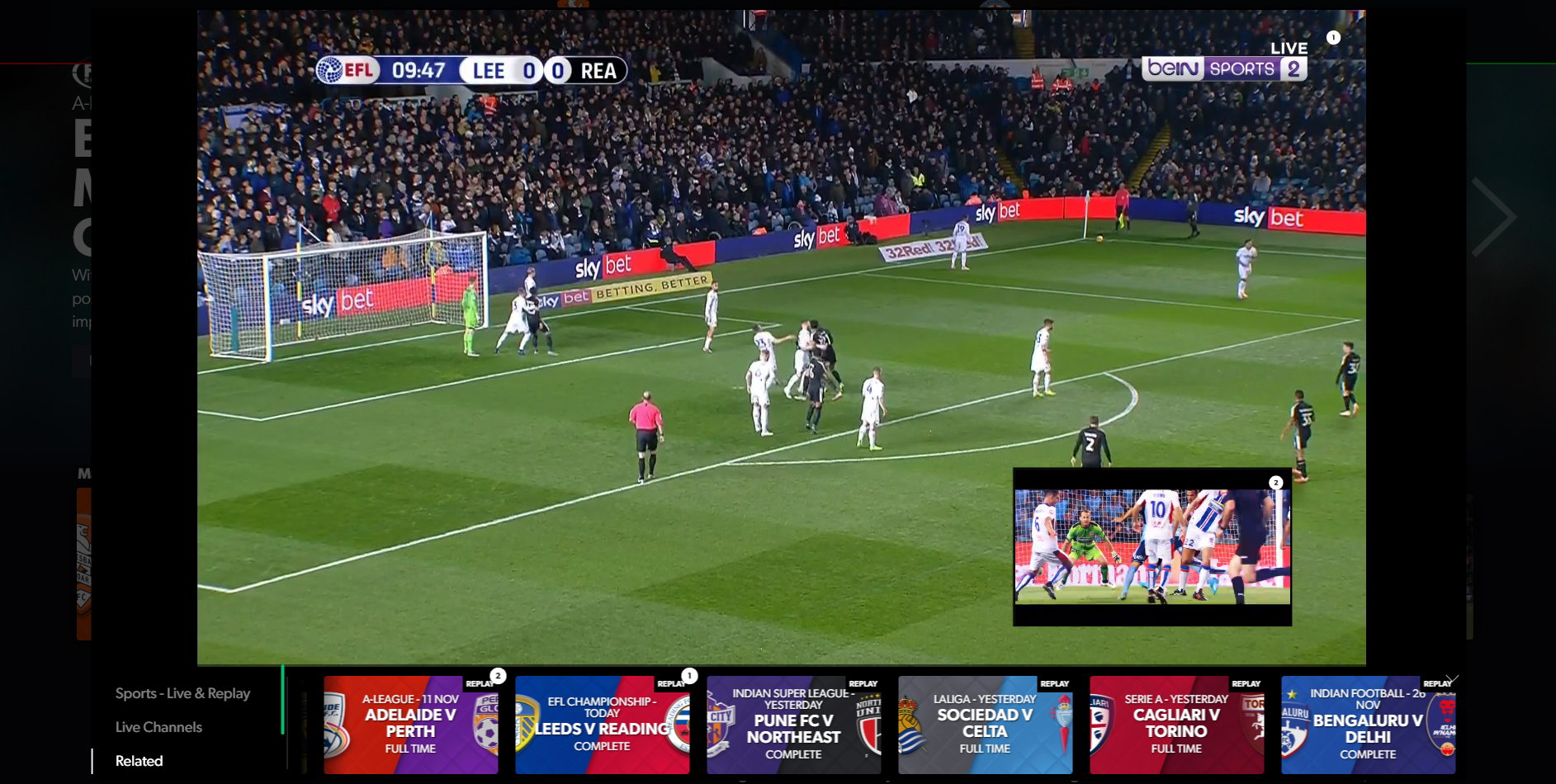 My main complaint so far, as has been that of many users, is Kayo’s issues with stream quality and stability.

In Kayo’s defence, these issues for me have only occurred while it was still in beta – at time of writing there’s yet to have been a high-enough demand match to test the fully-released service’s chops.

While I wouldn’t be surprised if some streaming issues persist, at this stage Kayo deserves the benefit of the doubt. If these issues continue into the new year however, especially once the NRL and AFL seasons are underway, then fans can start to worry.

Is it worth it for football fans?

It’s obviously going to be an entirely personal decision whether Kayo’s worth it for you.

An eager follower of several sporting codes, I’ve been like a kid in a candy shop the last few weeks.

Though an enviable rights list for any sports broadcaster, the obvious absentee for Kayo is the Premier League, the regional rights to which are owned by Optus Sport ($15 per month or free with many Optus phone plans).

Conversely, if you’re only interested in the A-League or W-League, Telstra’s My Football Live app is much cheaper than Kayo, available at $99.99 per year.

At the end of the day, Kayo’s value really comes down to what football leagues you follow.

My personal bang-for-buck recommendation, as a fan of most aforementioned leagues, would be to split a $25 Kayo subscription with another interested party and consider signing up to a reasonably priced Optus phone plan where Optus Sport is inclusive.

That’s been my approach at least.

I’ve been incredibly impressed by Kayo. The package of sports offered at the price point they’re offered is quite simply the best on the market.

Obviously it doesn’t have everything and if you’re only a fan of a particular league or sport you might want to consider a different service.

If you have broad interests as a sporting fan though, Kayo’s a no-brainer. With free 14-day trials currently on offer, it’s at the very least worth a look.

Safe to say I won’t be moving from my couch very much the next few months. 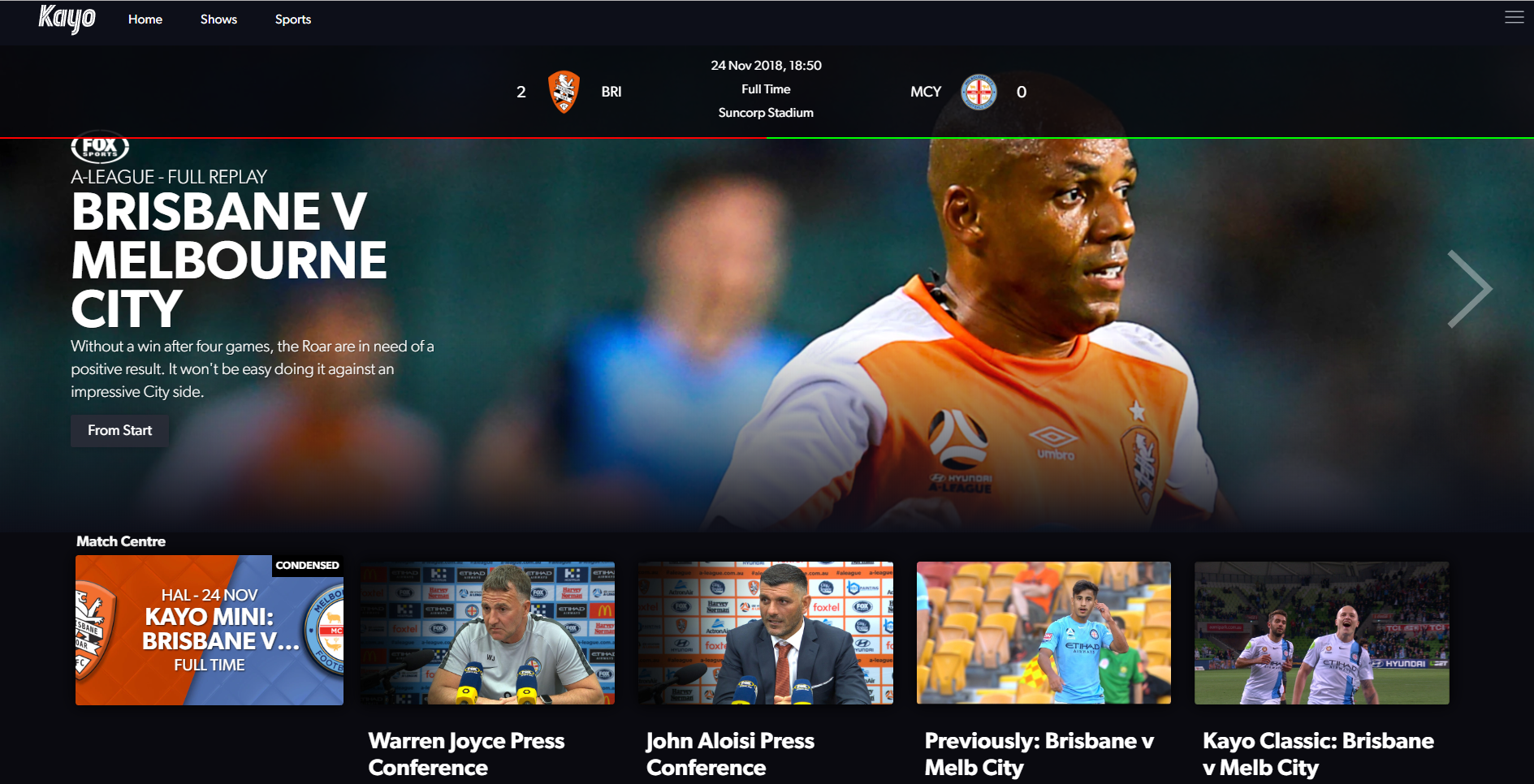 W-League players that have taken the world by storm

Now known as one of the top women’s sporting nations in the world, Australian women’s footballers are now in high demand for some of...
Read more
A-League

Clubs are already planning for next season with some big players entering the final six months of their contracts. As of January 1st, clubs are...
Read more
A-League

Fresh start in a familiar place for Ben Garuccio

With the off-season being a place of uncertainty, it brought a sense of familiarity for Ben Garuccio and Melbourne City. Having got his first professional...
Read more

W-League players that have taken the world by storm

Now known as one of the top women’s sporting nations in the world, Australian women’s footballers are now in high demand for some of...
Read more
A-League

Clubs are already planning for next season with some big players entering the final six months of their contracts. As of January 1st, clubs are...
Read more

The funniest moments from the 2018/19 A-League season

Though it sometimes lacks for on-field quality, the A-League consistently creates moments which could not be replicated anywhere else in the world. From Kerem Bulut’s...
Read more
A-League

Where are they now? The last seven A-League Young Footballers of the Year

The A-League Young Footballer of the Year is one of the most sought-after awards on offer at the end of the season – the...
Read more
A-League

If A-League clubs were NBA Franchises

Have you ever wondered which NBA franchise your favourite A-League team would be? With the NBA Playoffs heating up, and the A-League finals series around...
Read more