Other than the sport they play, there really is not much difference between the clubs competing in the A-League and those in the AFL.

In fact, it looks like these teams are pretty much identical, time to match up the kits I say.

Adelaide United: Western Bulldogs
The clubs are both constantly adding to their team list with younger players who just need the experience. There is nothing really wrong with this, nor is there with the players they draft. We are just waiting for them to get a game so they can do something.

Brisbane Roar: Hawthorn
“Far out we were once good, weren’t we?”
The clubs sit back and share a cold drink together reminiscing on the days they bathed in premierships and championships. They sit and make a plan that this next season is the season of return as they realise underperforming is now who they are.

Central Coast Mariners: Gold Coast Suns
Whose medical bill would be more expensive after all those physiotherapy appointments for their shoulders? How much longer do they have to be used to holding the rest of the league up on the ladder?

Melbourne City: Fremantle
City are really not a bad side and Fremantle are not either. They have the potential to pull off a surprise win, a big win or just a win in general when they want to. But will they ever stand superior of their cross-time rival? Probably not.

Melbourne Victory: Collingwood
The clubs where this is no in between; you either love them or you hate them. Victory are pulling the biggest crowds in the A-league with 17,366 on average this season. Collingwood were getting 57,455 on average for 2019. We had to throw the statistics in for this one because Victory and the Magpies both love to show their rivals just how well they are doing. 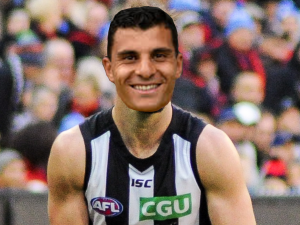 Newcastle Jets: North Melbourne
You know, no one really loves either side but no one really hates them either. I guess the N in both their names stand for neutral. A neutral side making up the numbers in the league.

Perth Glory: Melbourne
Both clubs have been in their respective leagues since the beginning. Inaugural clubs who know their opponents, have a reasonable fanbase and have endeavoured to create a history for themselves. But what have they honestly achieved? Not much.

Sydney FC: Richmond
Every god damn season they are at their best. If you are not a supporter of the Sky Blues or the Tigers, you envy their success. The rest of the league are just waiting for the season where they don’t finish at the top of the ladder. Waiting and waiting and waiting.

Wellington Phoenix: St Kilda
Wellington Play in New Zealand, and St Kilda gave it a shot too. And what did all the games have in common? No one really cared the games were happening…

Western Sydney Wanderers: Port Adelaide
The sides put in a preseason better than the rest. They talk up their fitness, their performance and team sheets change more than the rest. However the season starts and they absolutely crumble and their preseason hype was just that, hype.

Western United: GWS
Okay, Western United might have actually done this a bit better but both sides came in new to their league and actually proved to be a force to be reckoned with.