As football takes a purposeful break around the world, The Football Sack team are competing in an in-house FIFA competition to crown The Ultimate Graduate.

It’s been marred as the group of death from the beginning, and Group A’s first round match was as tense as expected when Pete Nowakowski’s Tottenham Hotspur hosted Dom Rizzuto’s Napoli at Tottenham Hotspur Stadium.

The game started with flair sparking fires across the pitch as two equally level teams faced off, however, it was the away side that got on the front foot first.

After some scrambled defending from Spurs the ball landed at the feet of Napoli midfielder Piotr Zieliński, who stormed into the box causing havoc amongst the defence.

The Polish international would then cut it back to an unmarked Lorenzo Insigne who could have made a cup of tea before coolly finishing past Hugo Llrois.

However, it didn’t take long for the little Italian to start celebrating again. Teaming up for a second time with Zielinski, the two skinned Serge Aurier down the left hand side opening up space in the middle.

The Italian maestro then found himself in acres space as he darted across the 18 yard box before thrashing a shot back across Llrois for his second.

2-0 up and cruising Napoli then fell into a lull and Spurs made them pay. Great build up play from Harry Kane and Deli Alli exposed the poor defensive positioning of Kostas Manolas, which allowed Spurs’ number 10 to feed the ball through to Lo Celso who finished brilliant past David Ospina to close the gap.

Unfortunately, for the home side, the celebrations were short lived as the Gli Azzurri responded instantly.

Ben Davies afforded Jose Callejon far too much space, which saw the speedy Spaniard capitalise as he burst into the box before driving fiercely past the keeper.

The game would then go back and forth with some scrappy passing letting both teams down and some sublime keeping on both ends keeping the contest in the balance.

In the end the game was sealed with the best goal of the match, as a misplaced pass fell to the feet of Fabian Ruiz who set himself before firing in a curling effort from outside the box which nicked the inside of the post on its way in.

There would be some chances both ends in the closing stages but neither side could take them as the score finished up 4-1 to the visitors who will be delighted with their strong start to the The Ultimate Graduate cup. 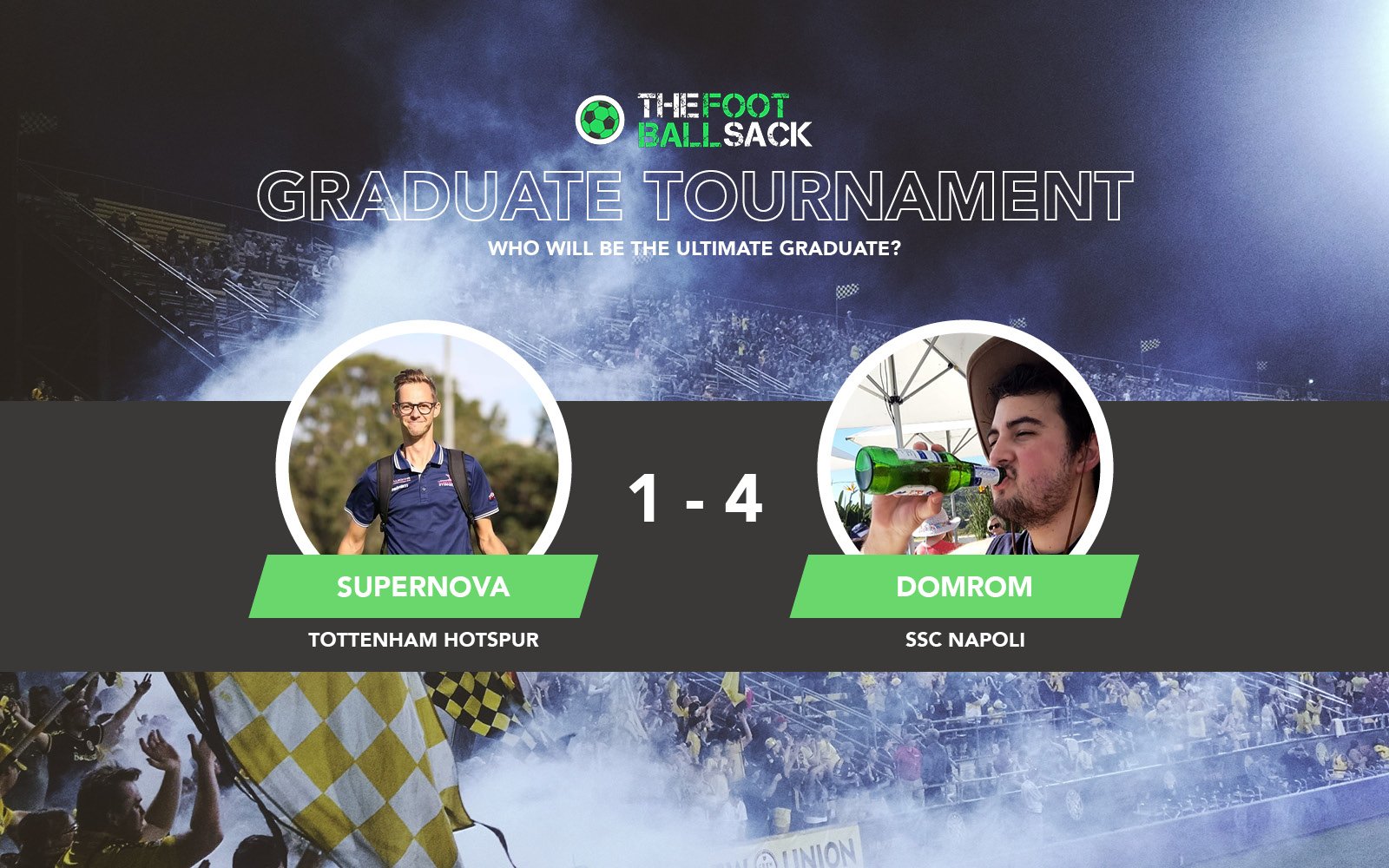 0
The Ultimate Graduate Xbox-edition kicked off with a clash of the Chris’s as Chris Curulli’s Liverpool locked horns with Christian Layland’s Real Madrid at Anfield. The...
Read more
5 reasons to stop watching the A-League

5 reasons not to watch the A-League this season

0
We're no schmucks. We haven't bought into the slick marketing for the 2018/19 football season. Just in case you were thinking of tuning in to...
Read more
Socceroos

0
Dust off your green & gold, it's time. Find a pub or a venue near you and watch Australia defeat France tonight at the...
Read more