Unity at the centre of Adelaide’s historic season

Hodgson began her time at the club in 2013 and has experienced many tumultuous seasons at United.

Contrary to previous years, the Reds are on the verge of sealing their maiden finals appearance this season.

Looking back on her early playing days, Hodgson discussed how Adelaide’s willingness to keep a core group of players has positively impacted the team’s success.

“A big thing United used to do was bring in lots of new players each year and try something different,” Hodgson said.

“A group of us stuck around for a few years and we really put in the effort.

“It went from having a new team every year, to having a good core of 10-11 of us who have played together for a long time. I think that’s really helped.” 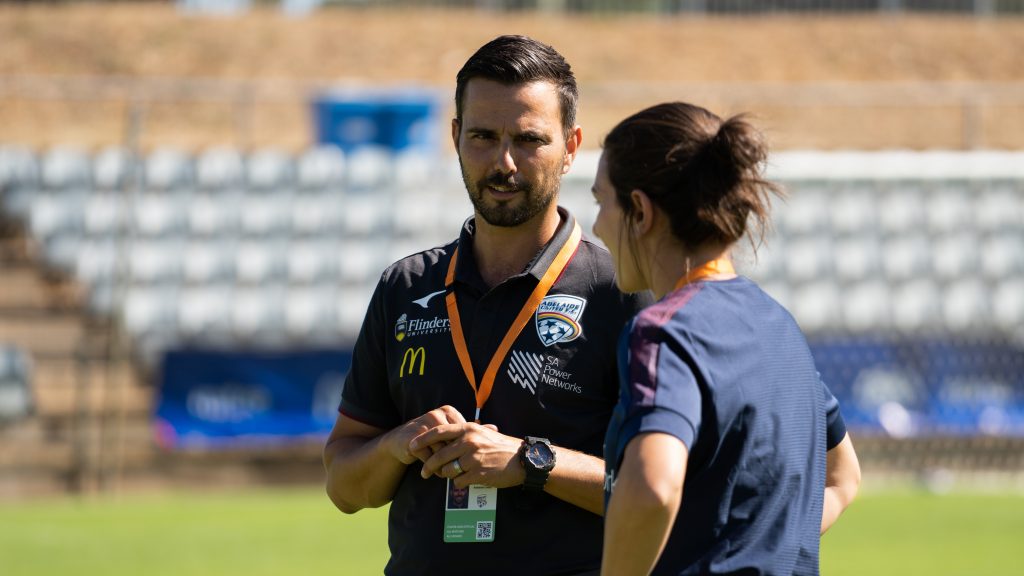 Since Stenta has previous experience on the Reds coaching staff, Hodgson said it was a welcome change to see a familiar face leading the team.

“It’s helpful to have a coach that is new but isn’t new to the club,” she said.

“At the beginning of my career at United, we had a new coach every year. It was really hard to find a bond with a coach and for them to know each player’s strengths.

“With Stents [Stenta], we had him as an assistant and now he’s taken his new role. He knows us all so well and we know him well.”

Unlike Hodgson, reliable centre-back Maruschka Waldus is in the midst of her first season under Stenta.

While this is her first stint with United, Waldus immediately felt the warm club culture when she arrived in Adelaide.

“It is a very welcoming family club. We have a very nice team, many great experienced girls and also local younger girls,” Waldus said.

“Everyone is really open and you never feel afraid to be yourself around the squad.”

Similarly to Hodgson, Waldus also commended the club’s ability to maintain a core group of players.

“It always helps when the team stays together. You can have four or five changes but as long as that core is sustained, I think it’s the path to success,” she said.

Waldus’ diverse footballing career across many countries has earned her the nickname the ‘Happy Soccer Nomad’.

Currently, the Dutch superstar is using her global football knowledge to build on Adelaide’s team spirit and offer advice to younger players.

“When it’s possible I try to talk to them [young teammates] off the field. Sometimes we talk about football and the decisions they make on and off the pitch,” Waldus said.

“I think discussing these things may help them gain some knowledge about how football operates overseas and learn something new.”

Even though Hodgson and Waldus have had very different journeys at United, they agree on the same principles – maintaining a consistent core and having an inclusive club culture.

If the Reds can uphold these values, more success is bound to follow.

Amir Daou
Bachelor of Sport, Health and Physical Activity and Bachelor of Media and Communications student at Flinders University. Writing intern covering the latest in Adelaide United news and matches. Sport is my passion and I'm excited to learn more about the industry during my time with The Football Sack.

Why Adelaide United will win the A-League